Effective controls have four important characteristics:
Accessibility. A control needs to be located in such a way that it can be reached easily and operated comfortably.

Identifiable. A control needs to be identified in terms of what it does in order to operate.

Functional. What a control controls and currently in what state it is needs to be indicated to the user when he or she looks at it. For example, a power-on toggle switch indicates whether it is on or off. This is useful especially when the product does not have a display.

Usability. A control should be easily usable with required force, speed and accuracy. This aspect is very critical, especially in continuous control, where a system’s response is dependent on the control of the overall system. 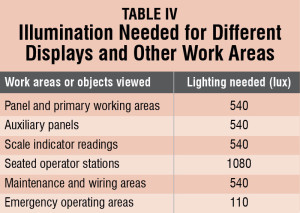 Table I gives a concise view of the different types of switches and their suitability for different application needs.

With the availability of powerful processors and low-cost display technologies, a new input device available these days is the touchscreen, where keys are actually images created by graphics, and the overlay touch mechanism, combined with the software, gives key-like input.

In addition to regular pushbutton switch based keys and touchscreens, another option that is available is known as membrane keys. These are made of PVC sheets of membrane with conductive elements sandwiched to form the key mechanism. The advantage of these keys is their form and shape that can be customised. Their low profile can be less than 1mm thick. Fig. 4 shows the types of membrane keys available and their construction.

Key size. Determines the ease with which fingers can be used.

Tactile feedback. Feedback that the user gets when the switch is closed, either by Click sound or haptic feedback to the finger pressing the switch.

View. Ability to view at night (whether keys can be illuminated or not).

Number of operations. A very important parameter that most designers miss out. Designers have to estimate the approximate number of times the keys will be used. Based on that estimate, the type of keys can be selected.

Mechanical keys tend to have large operating cycles, while membrane keys have the least. Many designs have failed due to the wrong usage of keys.

Table II gives the minimum distance that we should have between different keys as a matrix. This can help designers decide the spacing between different types of controls/switches by specifying various combinations of different switches.

Described below are the three types of keys:
Mechanical keys. These keys typically come in standard sizes and are excellent in terms of operational life and reliability. Depending on the working environment, the proper type should be selected (if the environment is dusty or humid, a sealed switch should be used). These come in different sizes and with/without tactile feedback. Since these keys typically come in two parts, main switch and key top, customisation and changes can be easily implemented.

Membrane keys. Membrane keys are the sleekest and can only be custom-designed. While their design is fairly straightforward in terms of usage, these have some restrictions. Since these keys are very thin when placed in a keyboard, it is hard to identify different keys (so old people or visually-challenged users will find it difficult to use instruments having such keys). Also, tactile feedback has to be incorporated in the design itself, and sometimes this needs special processes, as plastic films have to be moulded.

One big challenge is the amount for force that is needed to operate these keys, which is much higher than mechanical keys. These keys are prone to fail when tactile feedback is absent.

Touch keys. These keys are formed with a combination of hardware and software. Typically, the display itself becomes a keyboard with a touch-key overlay and graphics displayed in the display.

There are three types of touch technologies that are in use: 4-wire resistive, 5-wire resistive and capacitive. Table III captures their characteristics for a better understanding.

Some advantages of the touchscreen are:
1. Points directly to objects; there is a direct relationship between hand and cursor movements (distance, speed and direction)
2. Intuitive to use
3. Since the hand is moving on the same surface as the cursor, manipulating objects on the screen is similar to manipulating these in the manual world
4. Fast, but less precise without a pen
5. A finger can be used as well, apart from a pen (usually no cable is needed)
6. No keyboard is necessary for applications that need menu selections only, and this also saves desk space
7. Suitable for novices, applications for information retrieval and high-use environments
8. Is adaptable; since the keyboard layout is software-generated, it is much easier to support different languages (one reason why ATMs use touchscreens)

There are some disadvantages too, which are as follows:
1. Low-precision (finger): Imprecise positioning, possible problems with eye-parallel axis (with pen, too); the finger may be too large for accurately pointing at small objects (a pen is more accurate)
2. Hand movements (if used with a keyboard): Requires the user to move the hand away from the keyboard; a stylus also requires hand movements (to use the pen)
3. Fatigue: Could strain arm muscles after heavy use, especially if the screen is placed vertically. Also, the user has to sit/stand close to the screen
4. Dirt: The screen gets dirty from fingerprints
5. Screen coverage: The user’s hand, finger or pen may obstruct parts of the screen
6. Activation: Usually direct activation of the selected function, when the screen is touched; there is no special activation button as in the case of a light pen or mouse

Some design inputs, especially the spacing between different types of keys to be used, are given in Fig. 5 for a push button, Fig. 6 for a touchscreen and Fig. 7 for spacing between knobs, for designers to follow.

Let us now look at displays, which are an integral part of the UI. A UI is complete only when input (keys) and output (displays) go together.

Some displays used in products and design inputs for these are discussed next.

Displays and output devices. In an electronic system, displays can be classified into four major types:

Dials. These have graduated scales on which the indication of a value is shown by a pointer. An advantage of the dials is that these give the relative status of the product by showing where the needle is, as compared to full scale.