In this era of digital revolution, we are surrounded by smart devices that are capable of making decisions on their own without much human intervention. Our home can also be made smart by implementing a real-time home automation system that monitors parameters like power consumption and human presence. Home automation may include centralised control of electrical devices including lightings, appliances and security.

Presented here is a touch-control based home automation system that can control up to six electrical devices. It also has a separate keyboard interface module for troubleshooting and system settings.

This system consists of closely-networked Atmel’s ATmega8, which is an AVR based microcontroller with 512 bytes EEPROM on a 28-pin DIP package, 1024 bytes internal SRAM and 8kB internal flash memory. The complete system is assembled in a small, portable central processing unit (CPU) chassis for an aesthetic look and uninterrupted 24×7 usage. Author’s prototype is shown in Fig. 1.

The circuit has four sections: main module, relay module, touch-control module and keyboard interface module. The system is housed on the CPU chassis of a desktop computer and is powered by 400W ATX power supply for error-free operation and proper power delivery to the system.

Advanced Technology eXtended (ATX) is a motherboard form factor specification developed by Intel in 1995 to maintain the integrity and sustainability of the system.

The circuit of the main module is shown in Fig. 2. It has ATmega8 microcontroller, DS1307 RTC chip and NE555 as the main components. The main module controls the load through switching relay RL1.

The system has a standby mode indicator. During standby mode, LED5 glows and power consumption is about 10mW. The ground pin of NE555 timer (IC4) is connected to GND pin of CON2 through relay RL2. LED1 is a power-on indicator and LED2 is a system-active indicator. When RL1 is energised, LED2 glows, indicating that 12V is available from CON1 to CON3 and the complete system is active.

LED3 is a device-control signal indicator that glows momentarily whenever you switch on or switch off a device. LED4 is a shut-down indicator. It glows when a shut-down command is received from the user till the system shuts down completely. 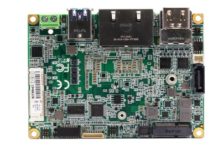 As you may already know, using a USB OTG (on-the-go) adaptor, you can connect pen drives, game...
Read more

MATLAB is a versatile tool that can automate many tasks. Presented here is a MATLAB code to...
Read more

Continuous hunting as driven a lot of animal species to extinction and the Government has brought about...
Read more