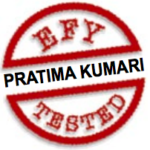 Here is a temperature logging system based on PIC16F887 microcontroller (MCU), Wi-Fi and ThingSpeak application programming interface (API). ThingSpeak is an open source Internet of Things project (IoT). This application and API to store and retrieve data from things over the Internet. It enables you to collect, store, analyse, visualise and act on the data received from sensors or electronic circuits.

Block diagram of the temperature-logging system is shown in Fig. 1. Author’s prototype is shown in Fig. 2. Temperature data transmitted from the circuit board can be accessed on a smartphone or PC through Wi-Fi using ThingSpeak API.

This is a high-performance RISC CPU, 8-bit CMOS MCU, and has 8192-word flash memory, 368 bytes SRAM, 256 bytes EEPROM and 35 I/Os. It supports up to 20MHz oscillator/clock input and has a wide operating voltage range of 2.0V-5.5V. Its inbuilt A/D converter has a 10-bit resolution and three internal timers. It supports enhanced USART module, in-circuit serial programming (ICSP), 3-wire SPI and I2C.

ESP8266 Wi-Fi module (Fig. 4) is a self-contained system on chip (SoC) with an integrated TCP/IP protocol stack that can give any MCU access to your Wi-Fi network. ESP8266 is capable of either hosting an application or offloading all Wi-Fi networking functions from another application processor.

Each ESP8266 module comes pre-programmed with an AT command set firmware. This means that you can simply hook this up to your Arduino device and get about as much Wi-Fi ability as a Wi-Fi shield can offer (and that is just out of the box). ESP8266 module is an extremely cost-effective board with a huge and an ever-growing community.

This module requires a 3.3V DC regulated supply. Power consumption of the ESP module is around 250mA when transmitting. You need proper power supply. Do not power it directly from a 5V supply source. It also needs a level shifting/conversion to protect the 3.3V device from 5V.

ESP8266 module is not capable of converting 5V to 3.3V. We used an external logic shifter/converter as shown in Fig. 5. +3.3V, CH_PD and RST pins are kept at 3.3V for normal functioning of ESP8266. Logic-level converter is a device that safely steps down 5V signal to 3.3V.

The LM35 series is of precision integrated circuit temperature sensors, whose output voltage is linearly proportional to Celsius (Centigrade) temperature. LM35 is rated to operate over -55°C to +150°C, while LM35C is rated for a -40°C to a +110°C temperature range. This sensor has a linear scale factor of 10mV/°C and operates from 4V to 30V.

In this project, temperature data from LM35 sensor is fed to pin 2 of PIC16F887 MCU. This data is given to ESP8266 Wi-Fi module through a logic-level shifter. Temperature data transmitted from the Wi-Fi module can be accessed on a remote device like a smartphone or laptop using ThingSpeak’s website.

ESP8266 Wi-Fi module has two GPIO pins that can be used for connecting to the Internet through an MCU using specific firmware. However, these are not used in this project and it works on the default firmware.

ESP8266 Wi-Fi module is used here to connect to your Wi-Fi modem and upload temperature data to ThingSpeak. You can view that data from a smartphone or laptop in the form of a plotted-line graph.

In this project, an LCD is also used as a user interface device to see circuit configuration status and temperature data. Data lines (D0 through D7) of the LCD are connected to port B of IC4.

An actual-size, single-side PCB layout of the Wi-Fi temperature logger is shown in Fig. 6. and its component layout in Fig. 7. When the circuit is switched on, the program initialises the LCD and flashes welcome message ‘ESP Temp Logger’ on the LCD.

If there is any display problem on the LCD, check voltages at various points as listed in the test point table. If the LCD is showing a proper message, go to www.thingspeak.com

First, sign in to www.thingspeak.com and then create your own channel by creating a field as shown in Fig. 8.

After saving the channel, you will receive channel ID and two API keys—a write API key (it is to be used in our C code) and a read API key (it is used to check the data from website on your smartphone or PC). Make a note of these keys as you will need these later.

Before using the system, ensure that Esp8266 module baud rate is changed to 9600 as most of these have 115200. Also, a Wi-Fi modem with an Internet connection should be kept near your circuit board.

ESP8266 works on basic AT commands similar to the ones used in any GSM module interfacing project. It can be easily checked and tested from HyperTerminal of Windows. The link to AT commands is www.pridopia.co.uk/pi-doc/ESP8266ATCommandsSet.pdf

In the latest version of ESP8266 firmware, baud rate setting command AT+CIOBAUD is no longer supported. You can replace this command by AT+IPR. The detail of this command can be found on www.esp8266.com/viewtopic.php?f=13&t=718

When you open your channel under Data IMPORT/EXPORT section, you will get your API key. Call this link www.api.thingspeak.com/update?key=[THINGSPEAK_KEY]&field1=0 by changing the field value and give any number you want to upload. In Private View section, you will see a graph of the data as shown in Fig. 9.

For checking the results on a smartphone or PC, a link is provided in the respective channel. It would be something like https://api.thingspeak.com/channels/channel_id/feed.json?key=api_key

In this link, API key is replaced by Read API key and channel id is replaced by the user’s channel ID. Copy and paste this link in search bar of the browser in your smartphone or PC. You will get the recorded temperature data information.

If temperature data has been uploaded, you will be able to see the graph here. Temperature data on www.thingspeak.com is shown in Fig. 9. You are now ready to go with your first IoT project.

This project can be used as a guide for various other related projects for your home systems; not just temperature but also energy consumption and many other interfaces that can be easily checked on your smartphone.