Electric Vehicle Charging as a Service in India

The push to increase customer base of electric vehicles (EVs) is evident from various initiatives being taken worldwide. For example, the UK’s Road to Zero campaign, which aims to end the sales of new conventional petrol and diesel vehicles, has led to an increase in awareness about EVs.

With the adoption of EVs, development of electric vehicle supply equipment (EVSE) remains a key factor for accelerating the transition. This includes charging and battery-swapping technologies. In the US, Michigan’s two biggest utilities, DTE Energy and Consumers Energy, have recently launched programmes to subsidise EV charging stations. 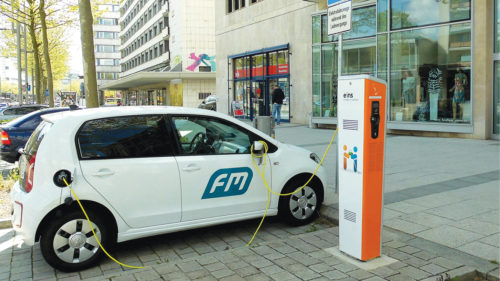 In India, number of challenges need to be addressed to shift to clean transport systems. For public charging infrastructure, operators face difficulty in obtaining various approvals and areas for setting up at low rates. In urban environments, availability of sites is a major issue. Space is needed especially for three- and four-wheelers while these are charged. In metropolitan cities like New Delhi, which have a large number of vehicles, the EV charging network needs to be concentrated as charging time varies with the type of charging stations.

Even charging stations that have already been built are not fully utilised due to the low number of EVs, which are mostly working on home charging. When the supply chain is not mature, it leads to low post-sales support.

To overcome these challenges, the government, automakers and charging infrastructure providers are coming up with solutions to manufacture and install EVSE infrastructure across India.

The Indian automotive industry is expected to reach ₹ 18 trillion (approximately) by 2026, according to a report by India Brand Equity Foundation (IBEF). The government of India is coming up with different policies to maintain the trend of upwards growth.

Ministry of Power had issued a clarification in 2018 stating that charging EVs is considered a service, not a sale of electricity. This means that no licence is required to operate EV charging stations. It also issued a policy to permit private charging at residences and offices where tariff for supply of electricity to EV charging stations shall not be more than the average cost of supply plus fifteen per cent.

Even though EV charging equipment is available in the market, investments are not possible without standardisation. Bureau of Indian Standards (BIS) has notified general requirements for EV charging based on Combined Charging System (CCS) and Charge de Move (ChadeMo) charging standards.

The second phase of the scheme for Faster Adoption and Manufacturing of (Hybrid &) Electric Vehicles (FAME II), effective from April 1, 2019, comes as a major transition over FAME I (2015). It will be used for upfront incentives on the purchase of EVs as well as support for the development of charging infrastructure. EVs eligible under this scheme can save 5.4 million tonnes of oil equivalent, over their lifetime worth of approximately ` 1720 billion, as stated by NITI Aayog.

Along with this, creation of Phased Manufacturing Programme (PMP) for localisation of the entire value chain has been approved.

When it comes to industry, usage of solar power as a fuel for EVs is being explored by companies in Mumbai and beyond. Even Indian Railways intends to allocate space for EV charging stations at their station parking lots. Public sector units are also getting involved in the development of charging stations.

Although FAME II specifications are useful, these put most currently-deployed EVs out of subsidy range. According to autocapro.in, Pankaj Tiwari, business development head of Avan Motors, an EV startup, “As the government is aiming to achieve a sale of one million units of EVs in the next three years, it must also provide the people with continuous subsidies on the EV segment for a significant period of time. Success of this initiative will largely depend on how feasible and affordable the government manages to make the accessibility of EVs to the masses.”

Original equipment manufacturers and dealers can work together to increase understanding and awareness among consumers. Major advantages possible in this transformation are reduced air pollution, reduced oil imports and increased job opportunities. Aligning EV policies with each other and other relevant programmes such as National Clean Air Programme (NCAP), Smart Cities Mission and Urban Mobility Scheme will ensure flexibility in building a network of smart, sustainable and friendly cities.