Big data analytics and the Internet of Things (IoT) are expected to add £322 billion to the UK economy from 2015 to 2020, according to new research by the Centre for Economics and Business Research (Cebr).

The figure equates to an average of £54 billion per year, or 2.7% of the annual GDP over the next five years.

The study, commissioned by SAS, builds on a 2012 report by Cebr, which forecasted the contribution of big data analytics adoption to the UK economy from 2012 to 2017.

In the earlier Cebr report, the value of data equity was estimated at £12 billion or 0.7% of GDP in 2012. Following the latest research, the figure is expected to rise to £46 billion in 2020 or 2.2% of GDP – nearly four times the original value.

The total data equity benefits come from efficiency savings of £220 billion, followed by £12 billion from innovation and £8 billion from business creation. 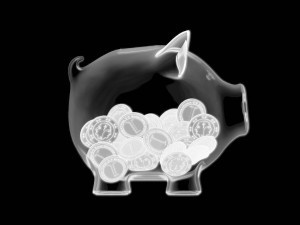 The industry expected to accrue the greatest economic benefit from big data is manufacturing. The £57 billion boost to this industry over the period 2015-2020 is expected to be driven by the diversity of firms in the industry and the variety of areas in which efficiency gains can be achieved through the use of big data and big data analytics. For example, it could lead to improvements in supply chain management and enhancements in customer intelligence.

The value of IoT

In 2015, the estimated value of IoT is roughly equal to £13 billion. As adoption rates rise and businesses benefit from efficiency, innovation and creation gains, the value of IoT is predicted to rise to £16 billion by 2020, representing a 0.8% share of forecasted GDP.

As is the case with big data analytics, the manufacturing industry is expected to experience the greatest economic benefit from use of IoT, accumulating to £27 billion by 2020. Similarly, central/local government will likely accrue the lowest economic benefit over the period, reflecting a relatively low rate of IoT adoption.

Insight into customer behaviour is a key application of big data, with over two-fifths (42%) of organisations stating that they use big data for this purpose. By comparison, a similar proportion of businesses (39%) tend to use the IoT to reduce costs and gain insight into operational data.

“The combined benefits of IoT and big data will fuel our economy like nothing else,” said Mark Wilkinson, SAS regional VP for Northern Europe and Russia/CIS. “The global environment continues to be in a state of flux, with only one thing certain – that everything is changing. Just under half of UK businesses are not using any form of big data analytics, and those that are will sometimes be using it infrequently in just one or a few areas of the business. Less than one in three have adopted IoT.

Graham Brough, CEO at Cebr, added: “Our research finds that the majority of firms have implemented between one and three big data analytics solutions. However, the key is making sure those solutions are extracting maximum insight which is then turned into business actions.

“IoT is earlier in its lifecycle, and will provide more data for analysis in areas that may be new to analytics, reinforcing the potential benefits to the UK economy.”