BrainChip Holdings Ltd, today announced that it has begun taking orders for the first commercially available Mini PCIe board leveraging its AkidaT advanced neural networking processor, rounding out its suite of AKD1000 offerings.

The AKD1000-powered Mini PCIe boards can be plugged into a developer’s existing system to unlock capabilities for a wide array of edge AI applications, including Smart City, Smart Health, Smart Home and Smart Transportation. BrainChip will also offer the full PCIe design layout files and the bill of materials (BOM) to system integrators and developers to enable them to build their own boards and implement AKD1000 chips in volume as a stand-alone embedded accelerator or as a co-processor. 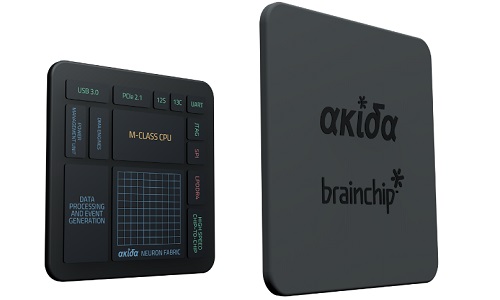 The new boards help usher in a new era of AI at the edge due to their performance, security, low power requirements, and the ability to perform AI training and learning on the device itself, without dependency on the cloud. The production-ready chips provide high- peed neuromorphic processing of sensor data at a low cost, high speed and very low power consumption.  The PCIe boards are immediately available for pre-order on the BrainChip website. Pricing starts at $499.

“I am excited that people will finally be able to enjoy a world where AI meets the Internet of Things,” said Sean Hehir, BrainChip CEO. “We have been working on developing our Akida technology for more than a decade and with the full commercial availability of our AKD1000, we are ready to fully execute on our vision.  Other technologies are simply not capable of the autonomous, incremental learning at ultra-low power consumption that BrainChip’s solutions can provide. Getting these chips into as many hands as possible is how the next generation of AI becomes reality.”