Fluke Networks announces an upgrade to its LinkIQ Cable+Network Tester that expands the tester’s ability to test and troubleshoot IP networks, test industrial Ethernet cabling, and support users in twelve languages. This new software is shipping in all new LinkIQ units and is available as a free upgrade to existing customers.

“While systems integrators and network administrators need to verify cabling performance to ensure network performance, they also need to ensure that the user’s traffic can reach its destination,” stated Mark Mullins, product marketing manager and founding member of Fluke Networks.  “Our network test features give these professionals visibility into network connectivity and response time of key resources, allowing them to verify and troubleshoot end-to-end network issues.” 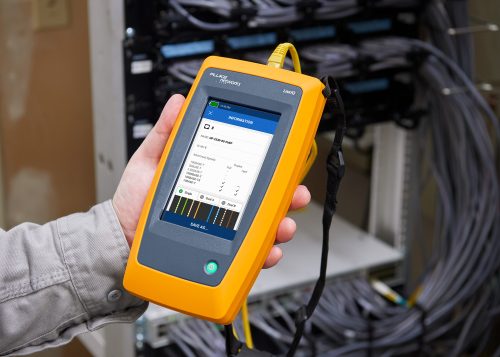