The appearance of IR LED is same as a common LED. Since the human eye cannot see the infrared radiations, it is not possible for a person to identify if an IR LED is working. A camera on a cell phone camera solves this problem. The IR rays from the IR LED in the circuit are shown in the camera. An IR LED is a type of diode or simple semiconductor. Electric current is allowed to flow in only one direction in diodes. As the current flows, electrons fall from one part of the diode into holes on another part. In order to fall into these holes, the electrons must shed energy in the form of photons, which produce light.

It is necessary to modulate the emission from IR diode to use it in electronic application to prevent spurious triggering. Modulation makes the signal from IR LED stand out above the noise. Infrared diodes have a package that is opaque to visible light but transparent to infrared. The massive use of IR LEDs in remote controls and safety alarm systems has drastically reduced the pricing of IR diodes in the market.

An IR sensor is a device that detects IR radiation falling on it. Proximity sensors (used in touchscreen phones and edge avoiding robots), contrast sensors (used in line following robots) and obstruction counters/sensors (used for counting goods and in burglar alarms) are some applications involving IR sensors.

An IR sensor consists of two parts, the emitter circuit and the receiver circuit. This is collectively known as a photo-coupler or an optocoupler.

The emitter is an IR LED and the detector is an IR photodiode. The IR phototdiode is sensitive to the IR light emitted by an IR LED. The photo-diode’s resistance and output voltage change in proportion to the IR light received. This is the underlying working principle of the IR sensor. Step by step details to build an IR sensor are available at: DIY- IR Sensor

IR sensors find a wide variety of applications in various fields. Let’s take a look at few of them.

Proximity sensors employ reflective indirect incidence principle. The photodiode receives the radiation emitted by the IR LED once reflected back by the object. Closer the object, higher will be the intensity of the incident radiation on the photodiode. This intensity is converted to voltage to determine the distance. Proximity sensors find use in touchscreen phones, among other devices. The display is disabled during calls, so that even if the cheek makes contact with the touchscreen, there is no effect.

In line following robots, IR sensors detect the color of the surface underneath it and send a signal to the microcontroller or the main circuit which then takes decisions according to the algorithm set by the creator of the bot. Line followers employ reflective or non-reflective indirect incidence. The IR is reflected back to the module from the white surface around the black line. But IR radiation is absorbed completely by black color. There is no reflection of the IR radiation going back to the sensor module in black color.

The projects is available at: line follower robot

Item counter is implemented on the basis of direct incidence of radiation on the photodiode. Whenever an item obstructs the invisible line of IR radiation, the value of a stored variable in a computer/microcontroller is incremented. This is indicated by LEDs, seven segment displays and LCDs. Monitoring systems of large factories use these counters for counting products on conveyor belts.

The projects is available at: Infrared Object Counter

Direct incidence of radiation on the photodiode is applicable in burglar alarm circuit. The IR LED is fit on one side of the door frame and the photodiode on the other. The IR radiation emitted by the IR LED falls on the photodiode directly under normal circumstances. As soon as a person obstructs the IR path, the alarm goes off. This mechanism is used extensively in security systems and is replicated on a smaller scale for smaller objects, such as exhibits in an exhibition.

The projects is available at: Infrared Burglar Alarm

Using IR transmitter/receiver & music generator, audio musical notes can be generated and heard up to a distance of 10 metres. The IR music transmitter works off a 9V battery, while the IR music receiver works off regulated 9V to 12V.

The projects is available at: IR Music Transmitter and Receiver

There are various applications of IR sensors such as TV remote controllers, burglar alarms and object counters. Here we have used IR sensors (infrared LEDs) to make an object-detection circuit and also a proximity sensor for path-tracking robots.

The projects is available at: Playing With IR Sensors 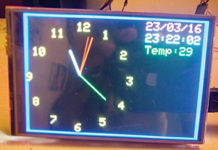 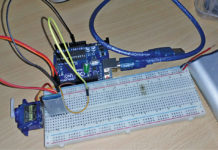 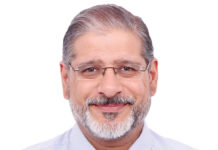