The Future of Wireless Charging and Long-lasting Batteries

Although both solar/kinetic power and wireless charging fall under the ‘portable power’ umbrella, the two should not be conflated. Solar, kinetic and other non-battery topics fall under the umbrella commonly referred to as alternative (i.e., non-electrochemical battery) portable power. Under this umbrella, we have solar, kinetic, fuel cells, RF power harvesting and others. Stu Lipoff, IEEE fellow, discusses with Sustainabilityzero, India, the future of wireless charging and long-lasting batteries 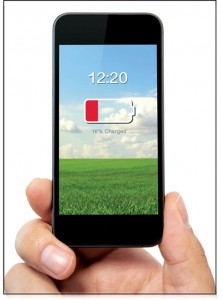 Wireless charging was widely exhibited at CES 2014, and perhaps the pace of adoption is being inhibited mostly by at least three competing, non-compatible standards, as well as a few proprietary single-company initiatives. When it becomes clear that one of the competitive standards is winning, I expect OEMs will widely adopt the winner and build support into their devices and chargers. In the meantime, there are some interesting ‘bridge’ solutions such as external dongles from Duracell that you can borrow to charge your phone while visiting Starbucks. Other bridge solutions are after-market special battery packs that you can swap out of an OEM battery pack and replace it with the special new accessory that has built-in wireless charging.

Because today’s portable devices like smart phones are rich multi-media enabled, they consume more energy than ever before, and advances in electro-chemical batteries cannot keep up with this ever increasing energy demand. Since the primary function of a smart phone is to be available for at least voice and/or text communications, there is a problem in that multimedia can run the battery down before returning home to let the phone charge overnight. One wants to have at least 16-hour runtime to allow an eight-hour overnight recharge, and having some safety factors suggest that battery lifetime between charges in excess of 24 hours is highly desirable.

By having wireless charging, it becomes convenient and possible to charge the phone during the day while away from home, in the office and public indoor locations (e.g., coffee shops, airports, public transportation, private autos, etc). With the development of extended distance wireless charging, it even becomes possible to charge the devices by walking outside on the street in proximity to public portable power infrastructure. One vision is to have NFC RFID in the phone that provides the local power company with billing information so that they can charge your credit card for power purchased as you walk by the public outdoor wireless charging infrastructure. Some ideas have surfaced about marrying location-based advertising to outdoor portable wireless power infrastructure so that the recharge can be free.

Wireless charging becomes more practical and more useful as new electro-chemical based high-rate batteries are being developed. With high-rate capability, it would be possible to charge the battery to almost 100 per cent in a few minutes, as opposed to today’s batteries that require 15 minutes to an hour, or more, to be fully recharged. Although there are fundamental physical limits to vastly increasing the energy density per electro-chemical battery cell, the fundamental physical barriers to making the batteries high-rate are much smaller. Already we have cells that a few years ago required an hour to recharge that can now tolerate a 15-minute charge rate. In fact, even with today’s well-known battery chemistries, you can ‘tune’ the design of the cell to give up a little in energy density in order to support a high-charge rate. There are some hybrid solutions as well, such as using a super capacitor to soak up the energy quickly and then dumping this energy top-up into the electro-chemical battery once out of range of the wireless charger.

The reason rapid high-rate charging is linked to wireless charging is an assumption that if you can recharge the battery in just a few minutes, you can get multiple top-ups during the day while briefly at your desk, conference room table, restaurant, walking down the street or even while briefly in the bathroom.

The author is an IEEE fellow and consultant with a practice in the communications, information technology and electronics industries