This interview takes a look at the automotive design scene in India and how it has evolved over the years with the presence of both Indian and off-shore design houses. It also takes a look at the exciting SAM project race car and how it works. Natarajan M.M., VP, Arrow South Asia, speaks with Dilin Anand of EFY 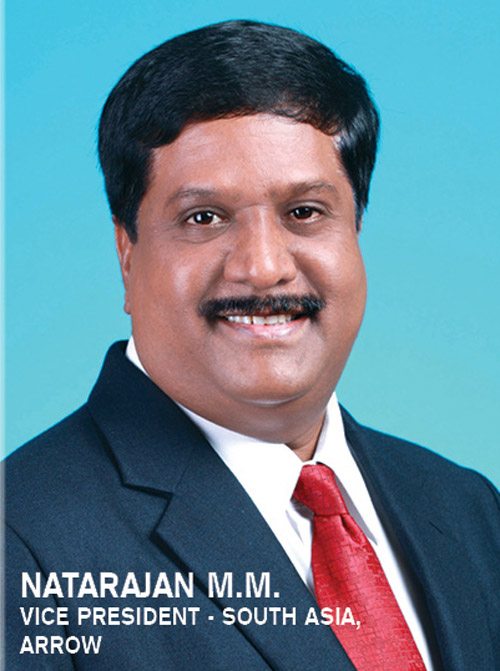 Q. How popular have been the Indian engineering contributions to automotive design?
A. We have seen the Indian automotive scenario right from the time when the only electronics that we could sell were rectifier regulators in two-wheelers or flashers. Now, Indian designs are being adopted for key areas, like control modules, instrumentation clusters, tyre-pressure monitoring systems, inside the car and under the hood. Today, activities around safety, engine management and body electronics, navigation and infotainment continue to be influenced by Indian designers.

Q. Where do you see the most R&D effort being made in automotive design?
A. We see more designs being done on body electronics and integration of features in the body control module. We also see designs happening for power-train systems in India, with participation from Indian designers in designing driver-assist systems. Additionally, there are more designs happening on CNG systems as well as those associated with the emergence of the battery-operated vehicle.

Q. What is the level of importance big firms like yours associate with captive and independent design houses for automotive design?
A. Indian automotive designers are gaining significant ground, where Indian manufacturers’ R&D teams or independent design houses supporting OEMs are able to keep going up the value chain. Limited to designing specific low- to mid-end body electronics designs in the past, they are now participating in the design of higher-end technology.

Global MNCs who have set-up their centres in India, enable us to support them with electronic components anywhere in the globe. Indian design houses are also known to influence many global and local automotive companies with designs that are superior in technology and features.

Q. What, according to you, is the most exciting automotive electronics design that your team has worked on?
A. SAM project would be one. SAM is the name of the project and it also abbreviates for semi-automotic motorcar. The car is a 2014 model Corvette C7 Stingray, modified by engineers and medical researchers to be safely driven at high speed using head movements of a quadriplegic race driver. It was designed for a racecar driver named Sam Schmidt, who was diagnosed as a quadriplegic after a car crash that injured his spinal cord.

Q. What lies under the hood of this vehicle?
A. Infra-red sensors in the cap worn by the driver provide the head position in real-time. These collect data that is used to deduce how the rotary actuators should be controlled. These actuators are placed in the steering wheel, gas pedal and brake pedal, and receive commands from infra-red sensors. There are also infra-red cameras that monitor the driver’s subtle head movements. A central processor in the car translates the sensor input into motion commands for the car. It is aided by an on-board GPS that updates 100 times per second, creating virtual boundaries, and provides data for the car’s self-correction in certain cases.

Q. How does it detect the intentions of the driver?
A. Together, cameras and sensors form the essential motion-tracking system. When the driver wants to accelerate, he tilts his head back. This movement is detected by an Arrow computer, which then sends a signal to the actuator, causing it to accelerate the vehicle. The vehicle can be stopped by the driver by manipulating a pressure-sensitive sensor placed in his mouth. The pressure sensitivity allows him to control how hard he wants to brake the vehicle.

Q. How is the project shared among collaborators?
A. It is a collaborative venture between Arrow, Ball Aerospace & Technologies Corp., Schmidt Peterson Motor Sports and Falci Adaptive Motorsports, a non-profit. Arrow is leading the development of the SAM car, the system’s integration and the engineering of specific systems for the car. Ball is leading the modification of the human-to-machine interface and driver-guidance system. Air Force Research Laboratory is monitoring the driver’s biometrics during laps as well as collecting data on how the driver interacts with the guidance systems. Dr Scott Falci is serving as medical director.