This interview takes a look at the automotive design scene in India, and how it has evolved over the years with the presence of both Indian and off-shore design houses. We also take a look at the exciting SAM project race car and how it works. 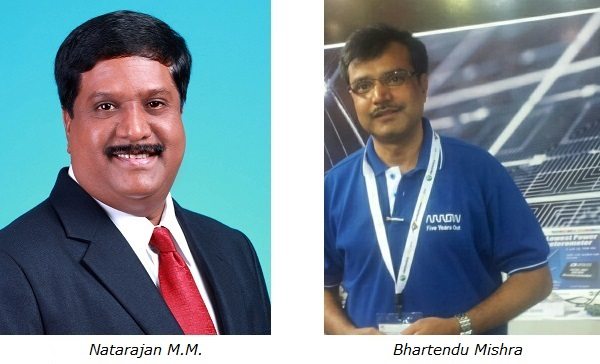 Q. I was recently told by a C-level executive of a major electronics design automation (EDA) firm, that the automotive design sector in India is growing better than the EDA sector itself. How popular have been the Indian engineering contributions to automotive design?
A. We have seen the Indian automotive scenario right from the time when the only electronics that we could sell were rectifier regulators in two wheelers or the flasher. From then till now, a lot has evolved. We have seen Indian designs being adopted key areas — like in control modules, instrumentation clusters, tyre pressure monitoring systems, inside the car and even under the hood. Indian designers have been very successful in moving these designs forward, and today many activities around safety, engine management and body electronics, navigation and infotainment continue to be greatly influenced by Indian designers.

Q. Where do you see the most R&D effort currently being spent in automotive design? (What exciting areas can an engineer expect to work on if he enters the automotive sector?)
A. We see more designs being done now on body electronics, and integration of features in the body control module. You can also see more designs happening for power train systems in India, with a lot of participation of Indian designers in designing driver-assist systems. Additionally, there are more designs happening for compressed natural gas (CNG) systems, as well as those associated with the emergence of the battery-operated vehicle.

Q. What would be the level of importance big firms like you associate with captive and independent design houses for automotive design?
A. We see Indian automotive designers gaining significant ground, where the Indian manufacturer’s R&D teams or the IDHs (independent design houses) supporting OEMs (original equipment manufacturers) are able to keep going up the value chain. In the past, they were limited to designing certain specific low to mid-end body electronics designs. However, they are now participating in the design of higher-end technology too. As mentioned earlier, these designers are contributing immensely when it comes to those designs that influences the entire spectrum of automotive designs, so they are also at a critical mass for us to be in touch with.

Global MNCs (multi-national companies) who have setup their centers are of importance to us, as we have global reach enabling us to support them anywhere in the globe with Electronic components. Equally important to us are Indian design houses, as these Indian embedded design houses are known to influence many global and local automotive companies with designs that are superior in technology and features.

Q. What according to you is the most exciting automotive electronics design that your team has worked on?
A. The SAM Project would be one. SAM is the name of the project, and it also abbreviates for semi automotic motorcar. It is a 2014 model Corvette C7 Stingray modified by engineers and medical researchers to be safely driven at high speed by the head movements of a quadriplegic race driver. It was designed for a race car driver named Sam Schmidt who was diagnosed as a quadriplegic after a car crash injured his spinal cord. On May 18, 2014, Sam drove for the first time in fourteen years. He completed a lap—reaching a top speed of 97 mph—at the iconic Indianapolis Motor Speedway in front of thousands of spectators and a television audience in the millions.

Q. What lies under the hood of this vehicle?
A. Infrared sensors in the cap worn by the driver provide head position in real time, which collects the data that is used to deduce how much the rotary actuators should be controlled. These actuators are placed in the steering wheel, gas pedal and brake pedal and receive commands from the infrared sensors. There are also infrared cameras that also monitor the driver’s subtle head movements. A central processor in the car translates the sensor input into motion commans for the car. It is aided by an on-board GPS (global positioning system) that updates 100 times per second, creating virtual boundaries and provides data for the car’s self-correction in certain cases.