Can I see. Drones also stand to gain from technologies like Intel’s depth-sensing camera technology from 2014 called RealSense 3D, which has the potential to enable holographic navigation and real-time environment monitoring.

Sony’s Exmor R CMOS sensors are used in drones as these excel at recording in low-light conditions and are also able to record smoother action sequences while preventing smear from strong light sources such as streetlights.

DJI, the current king of consumer drones, uses Lightbridge technology that enables streaming video at 760p without latency to the pilot, while the drone itself records video at 1080p full-high-definition.

Drones like Inspire 1 can also shoot 4K videos and feature rotors that can be lifted out of the view of the drone’s camera, thus providing a 360-degree view. It is no surprise that this is the drone that lives onboard Etos car we mentioned earlier. 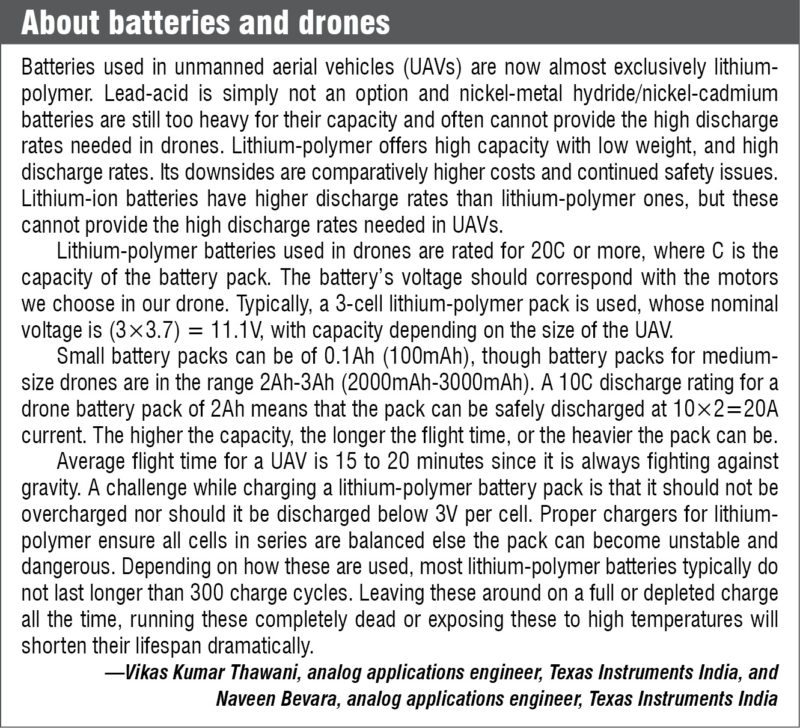 Considering the rise in solar energy installations in India, drones designed to detect small defects on photovoltaic modules are a very good application. Existing drones can also be fitted with payloads for this application, by pairing an infrared (IR) camera like FLIR TAU 640 and AscTec IR RAW data logger that can be used with German AscTec Falcon 8 drone. Falcon 8, considering its use in critical applications, comes with flight-control systems and electronics that deliver three times redundancy.

Where am I. Vision positioning is another technology used by DJI drones that lets the drone have high hover accuracy by using ultrasonic sensors. This lets a drone hold its position without using a global positioning system (GPS). DJI’s Phantom drone also comes with FailSafe, which allows it to return back home in case it loses connection with the controller.

Newer drones have also taken the next step forward for positioning and have started to use Russian GLObal NAvigation Satellite System (GLONASS) in addition to American GPS. Integration of better navigation systems into newer drones has also allowed these to be set to fly to a particular location, capture footage and then return back home autonomously.

Am I intelligent. Talking about autonomous drones, Zano is the result of a very successful Kickstarter project that raised almost ` 230 million. Small enough to fit in the palm of your hand, Zano drone comes with a smart piloting system that lets beginners easily pilot the drone. It also features IR obstacle-avoidance as well as echo-sounding sonar and high-accuracy pressure sensors for better flight.

Drones meant for use by researchers take things a step ahead when it comes to flight systems. AscTec Firefly is designed with that application in mind and therefore comes with advanced sensor components and two ARM7 microprocessors. A low-level processor functions as the data controller and processes all sensor data and sensor-data fusion, while a high-level processor controls the flight system as per the control algorithms given to it. The inertial guidance system drives this drone’s autopilot with a 1000Hz update rate.

Hobbypower KK2.15 is an update of the popular HobbyKing KK2.0 flight controller board used by many beginner quadcopter builders. It houses InvenSense MPU-6050 MEMS motion-tracking device designed for low-power use cases.

MPU-6050 combines a 3-axis gyroscope and a 3-axis accelerometer with an onboard digital-motion processor to process 6-axis MotionFusion algorithms. The device can access external magnetometers or other sensors through an inter-integrated circuit bus, allowing it access to sensor data without intervention from the system processor.

Can I communicate. Botlink XRD (extended range and data) is an enclosed device that allows you to control your drone through the mobile network instead of using traditional radio or Wi-Fi. This technology allows beyond line-of-sight communication, data transfer and control through your mobile device using mobile telemetry technology that runs on 4G long term evolution (LTE) connections. It also allows serious mission planning by overlaying data of other manned and unmanned aircraft in the area, as well as marking any military or restricted airspace clearly. It also alerts you of adverse weather conditions.