How does somebody go about banning weapons

The open letter signed by Elon Musk, Stephen Hawking and Steve Wozniak, among others, made big news last year. It warned the world about the dangers of weaponised robots and a military AI arms race currently taking place between the world’s military powers. The section on autonomous weapons reads, “If it is permissible or legal to use lethal autonomous weapons, how should these weapons be integrated into the existing command and control structure so that responsibility and liability remain associated with specific human actors?” The essence behind calling a ban on these weapons now becomes the scapegoat for any miscalculation that the machine might do. 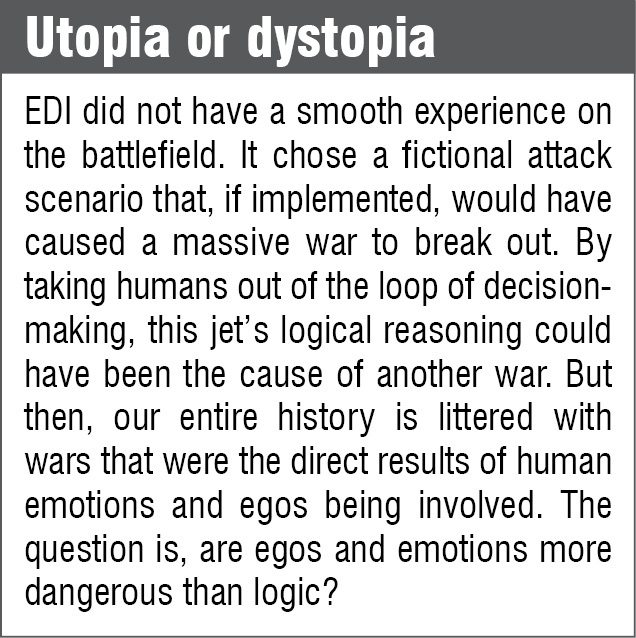 International Committee of the Red Cross (ICRC) details out some views on humanitarian laws and robots as, “No matter how sophisticated weapons become, it is essential that these are in line with the rules of war. International humanitarian law is all about making choices that preserve a minimum of human dignity in times of war and make sure that living together again is possible once the last bullet has been shot.”

Even the United Nations meeting in Geneva earlier this year saw delegates from over 90 countries discussing the future of autonomous weapons. IEEE Spectrum states that experts believe autonomous weapons are potentially weapons of mass destruction. The United States’ Directive 3000.09 prevents the use of fully-autonomous weapons but allows their development.

What could be done

“Weapons have been banned before, but for autonomous weapons the control is important,” says Dr Peter Asaro, co-founder and vice chair, International Committee for Robot Arms Control. On the argument of stopping progress in the field, he explains, “Banning biological and chemical weapons did not stop progress in the fields. We just stopped weaponising these.”

Some argue that these systems would be unable to adhere to the current laws of war. War is brutal, and trying to create guidelines in war does not work. Dr Asaro believes, “It is great to think that technology can do better but, at the moment, we do not have such efficient systems.” So should the priority not be to stop war and all weapons instead of making a fuss about autonomous weapons?

Naik recalls a very interesting quote by George Bernard Shaw, “A native American elder once described his own inner struggles in this manner: Inside of me there are two dogs. One of the dogs is mean and evil. The other dog is good. The mean dog fights the good dog all the time. When asked which dog wins, he reflected for a moment and replied: The one I feed the most.”

Dilin Anand is a senior assistant editor at EFY. He is B.Tech in ECE from University of Calicut, and MBA from Christ University, Bengaluru

Predicting Space Events With A Satellite