Although there are a lot of start-ups working in the energy monitoring space, most of them focus on commercial establishments and industries. Very few targets the home consumers. Whereas Greeniee is focussed mainly on domestic energy audits with a fixed cost and rental/subscription for the hardware and data. Alternatively, consumers can opt to buy the hardware, instead of engaging a limited period energy audit. “Our USP (Unique Selling Proposition) is ‘Using a single device to monitor the overall consumption and to use state-of-the art data analytics to derive appliance information’ “, Says Sajil. 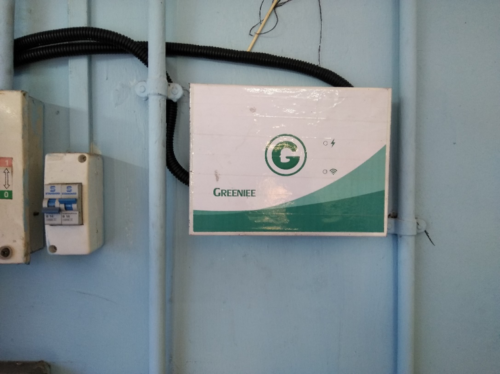 The new wave of Energy conservation

An enterprise version of Greeniee will also help enterprises or commercial establishments run AI assisted energy audits 24X7X365 and identify their consumption patterns and through deep insights suggest areas for saving energy and thus money. Energy being one of the biggest operational expenses of a commercial establishment, Greeniee will have a positive impact on improving the bottom line of these enterprises.

Greenturn Idea Factory have taken up the initiative to push the message of energy conservation to the masses. “Energy conservation is not merely switching to LED lights or to 5 star appliances. Each day millions of terajoules of energy are consumed on the planet, which is equivalent to 7.5 billion people using up 70 water kettles each for an hour. The sad part is that atleast 25% of this is wasted because of lack of visibility at the consumers end.”, says Sajil. Greenie gives consumers this visibility and thereby reducing the proportion of energy wasted.

Greeniee is a cost-effective solution to a common man who wishes to figure out and conserve the energy and power used at his home. With GIF planning to build and grow through partnerships with builders and residential associations to deploy Greeniee on a larger scale, it proves to be a promising solution to be conserve energy to a remarkable extent

Ankita KS is an Audience Development Editor at EFY Bangalore