In India, power utility bills are always a huge pandemonium, which includes the total usage for previous month and the amount to be paid by the customer for this usage. The consumer seldom knows the reason for paying this amount, and it becomes even more painful if the amount skyrockets randomly, it would take a toll on a normal man to decode the bill and understand the figures and causes. Apart from the usual suspects like AC or Geysers, a customer is hardly able to understand what caused the spike in bill. But,

This is exactly what happens at Greenturn Idea Factory (GIF). The customers are empowered with data driven insights, so that he or she can take an informed decision regarding their power consumption.

The product Greeniee, is a smart energy assistant, which once installed at a consumer premise, can keep track of energy consumption at a granular level. The parameters recorded are sent over to the cloud for further analytics, where the patent-pending algorithm sieves through this data to detect appliance activity, thereby delivering a detailed report of the consumer’s energy expenses. Using state-of-the-art pattern recognition routines and ML-driven prediction mechanism, the algorithm separates out appliance activity from this overall energy data, thereby enabling a detailed energy usage report.

Users can track their energy consumption in the real-time on a smartphone app or web interface 24x7x365. “Greeniee is a single hardware that sits in the premise and watches over the overall consumption.”, says Sajil Peethambaran, Co-founder & Head of Technology, Greenturn Idea Factory. 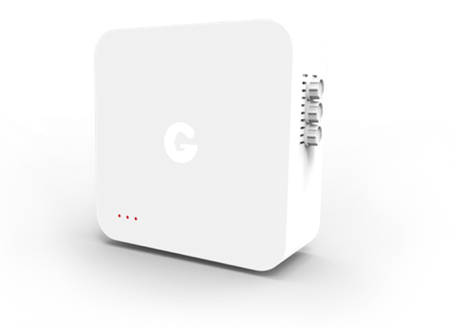 Greeniee is also smart enough to predict unauthorized usage, identify appliances that need maintenance, identify leakages in the circuit. It can also warn users if high energy appliances like Iron Boxes, geysers etc are left on by mistake. The automation module of Greeniee can also switch off these appliances automatically, if the consumer wants to enable that feature.

The stimulus for this invention

“It was exactly over a year ago that one of us got a current bill at home and had a shock of our life seeing the billed amount, which was more than twice the normal amount. The meter reader was unable to help saying that the values corresponded to the data shown in the meter. After ruling out usual suspects (Read AC, washing machine) we were still clueless as to what the reason was for the latest bill. On discussing this with friends and family we realised that surprisingly this problem is one that affected over 75% of the public, people getting high bills and having no clue whatsoever.”, says Sajil.

Developing a cost-effective solution for energy monitoring is a challenge by itself. Especially because a user brings home a hardware for a lifetime, adding more wanted value to the product is essential. The Greeniee hardware could also act as a communication gateway for interfacing other home automation products. “It took us nearly 6 months to deploy our first set of beta products in the field. The beta tests and subsequent refinement of solution – both hardware and cloud / mobile app took another 4 months. “, says Sajil

Greenturn was founded by a team of 4 technical graduates from Kerala. Greenturn Idea Factory is a startup from Cochin, Kerala that focuses on developing innovative products for the future. The product, Greeniee, has won accolades from the Kerala Startup Mission (KSUM) and the Kerala State Electricity Board (KSEB). In fact, KSEB has awarded an innovation grant for the project. 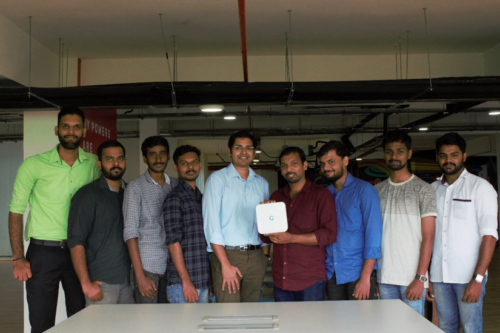 Greenturn Idea Factory operates out of Kinfra Hi Tech park, Kalamassery, in the outskirts of Cochin. The startup was incubated at Maker Village Cochin, a first-of-its-kind incubator for Hardware startups in India.

Kerala State Electricity Board had given Greeniee access to 50 homes across the state of Kerala to run trials. The field trials have been going on for the past 6 months, that has helped the team to fine tune features and offerings. GIF is planning for a commercial launch of the product Greeniee by January 2018.