5G is about the next generation applications, has to cater the emerging perception of everywhere connectivity, i.e. widespread coverage, high data rates and high density spots, and much hyped notion of IOT or IOE, and industry verticals, following need to be addressed in 5G context.

More Spectrum – Below 6GHz and Above 6GHz Specifically Millimeter Waves

Though 5G has taken the larger horizon, in order to define it as a sequential next gen technology, it has fair continuous transitory requirements. These requirements well could be putted in perspective like….

Now coming to next stage applications, which is going to bring almost new set of requirements and define a leap forward from the previous generation.

Many upcoming proposal on 5G impelling to change many facets of wireless stack functionality that were standardized as part of the 4G releases. The industry is divided and rightly questioning undoing functionality that is working well in 4G given the unprecedented success of 4G LTE. Worldwide view of 4G adv pro deployment below shows the widespread adoption of 4G which is also in pace at current time.

That’s where 4G and 5G both stream will co-exist, as both will progress in a way like 4G dependent 5G and standalone 5G. This will be easing the operators too, who have invested massive on 4G technologies. This approach would be a necessity also to safeguard their investment and futuristic upgradation.

Broadly, in a nutshell, 3GPP and ITU has categorized 5G use cases in three categories.

IOT/IOE is most evidential use cases for 5G, due to 5G capabilities of connecting millions of devices per km2 and molding the network for various vertical application demands by network slicing.

5G will provide everywhere connectivity with high bandwidth data capability, most opt for application for 5G would be over eMBB, High quality video, video conversation and live streaming are some of the example people opt for in there next devices as of 5G capable.

5G ultra low latency has put a separate attention to provide URLLC applications. 5G radio latency of 1ms and E2E latency of 5-10 ms will provide a remarkable impact of 5G architecture as well.

URLLC has got visualized for low latency machine type communication (MTC) like robotics and VR/AR application, and also in some cases for mission critical applications too, but ultra-low latency has far reaching effect on pure 5G architecture definition.
This ultra-low latency would provide a magical paradigm shift in terms of network availability, consistency and service integrity. 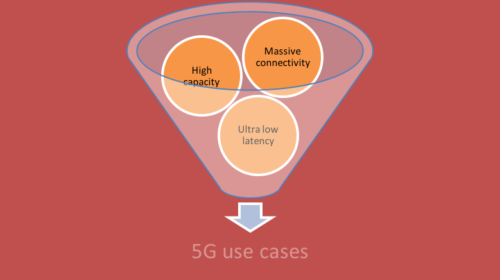 5G Architecture going to be much deliberated conundrum for bringing the much far sighted simplicity, would be guided by the few much strengthening pillars 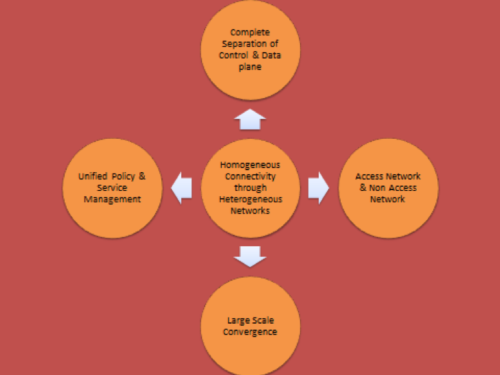 The complete separation of control and data plane give a flexibility in terms of technology amalgamation where control plane can be taken over by much mature technology in terms of coordination, scalability and interoperability. No doubt It is about LTE and its advanced and advanced-pro forms, though some 5G specific improvement could have to bring in like Control plane latency, reliability and coverage for mass connectivity.

Whereas data plane would be about converging of various other technologies for delivering services including LTE as well.

3GPP has already made official its NSA architecture to include 5G NR. In fact it’s a fastest move where 5G will take a required pace, where LTE would be an anchoring technology. NSA is evolution from LTE advance pro technologies like LTE unlicensed (LTE-U), LTE Assisted Access (LAA), and LTE assisted WiFi Access (LWA).

3GPP has already planned its road map for next releases to improve LTE latency (to best suit for 5G control plane) and enhanced bearer connecting in terms of number of bearers, availability and spectrum efficiency.

Recently 3GPP announced completion of ‘Stand Alone’ (SA) mode of standardization too. Industry is focusing on FWA (fixed mobile access) use cases of 5G for immediate deployment plan. SA mode and NSA mode both ways would be taking up through DC (Dual Connectivity) architecture of 5G RAN (Radio Access Network).

Open RAN: The Future Of Networking