Where Is Wi-Fi Heading?

What Matters To Customers?

There are three things that customers care most about when it comes to using Wi-Fi:

Of course, there are other considerations, like easy to connect and easy to install. There has been great progress on the first, and ease of installation is getting better with distributed Wi-Fi in a box (which also indirectly addresses the range issue). There is also the murkier issue of avoiding interference from neighbors, which may or may not contribute to a slow Wi-Fi issue. 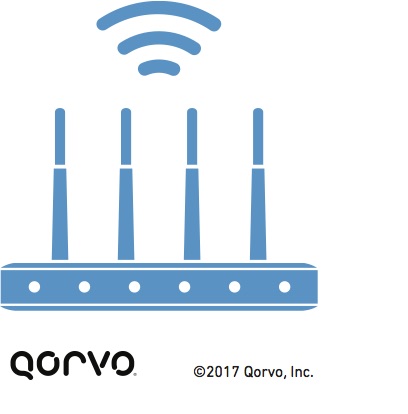 While higher data rate may seem to be the most important issue, let’s first look at capacity – multiple users using Wi-Fi at the same time.

Most people today have a router, and everyone connecting to that router is using the same Wi-Fi channel. Which also means that those users are sharing the same bandwidth and the same raw data rate. When people are using a repeater, that bandwidth gets shared even more – you talk with your repeater on the same channel as your repeater talks with your router, effectively doubling the traffic on that same channel.

Here is where distributed Wi-Fi comes in and makes dramatic improvement. Every node on the network can talk on its own frequency band with the end user, while simultaneously communicating on other frequency bands with the main router connecting to the Internet.

To put this in perspective, consider that the first Wi-Fi effectively used 3 channels (in the 2.4 GHz band) to stay away from using the same channel as the neighbors. Today, “modern Wi-Fi” uses 40 MHz-wide channels and effectively supports 10 of those channels in the 2.4 GHz and the 5 GHz bands, making it not only easier to stay away from the neighbors, but also to optimize usage in a home by enabling different users using different channels and also allowing a wireless infrastructure in the home for distributed Wi-Fi with multiple access points.

Distributed Wi-Fi – Not As Simple As It Sounds

If talking about different channels in Wi-Fi makes it sound as simple as digital radio and changing channels with a push of a button, the reality is a little harsher. Cheap Wi-Fi radio technology causes easy bleeding from one channel into another, particularly when using high or maximum output power. This bleeding effectively kills the neighboring channels, drastically reducing overall capacity.

The real name of the game in Wi-Fi today is making sure that channels are well-separated, to stop the bleeding. Suddenly, building a Wi-Fi product is not only about the Wi-Fi chip. Now it’s also about the “front-ends” – the amplifiers and filters between the Wi-Fi chip and the antenna that make or break the capacity of the distributed Wi-Fi system.

So back to raw data rates. Our appetite for ever higher data rates seems insatiable. So, let’s take a look at where we came from and where are we going, as shown in the following table:

It’s important to note that this table focuses on raw data rate. But of course, we all know that in real life usage, there is often a significant difference between raw data rate and actual throughput, which can be half or even less of the raw data rate. In light of that, it’s good to know that while IEEE 802.11ax (planned for 2019) does include a modest increase in raw data rate, its main intention is to increase the actual throughput by a factor of 4 as compared to IEEE 802.11ac. This capacity improvement will result through splitting up MIMO communication streams and assigning them to different users for throughput optimization.

Another example of the race for more bandwidth is the 60 GHz family of IEEE 802.11 standards (originally under WiGig, but now back in the Wi-Fi Alliance). The first one (IEEE 802.11ad) has been available for several years but has not yet been widely adopted – and the next generation is already in the works, as shown here:

Unfortunately, there is a problem with 60 GHz – it cannot penetrate walls, and therefore it “stays” in the room.

But wait, is this really a problem? If it stays in the room, that means it does not interfere with the usage of the same channel/frequency in the other rooms, much less the neighbors. Sounds kind of ideal, doesn’t it? One may really wonder: if 60 GHz 8011.ad has existed for years, why hasn’t the market jumped on it yet?