Batteries are the dominant technology for powering portable devices. But the problem with batteries is their size and requirement of frequent charging, time required for charging, and repair and replacement.

Fig. 1 shows the charging time for the batteries used in some mobile phones. These batteries discharge within hours of use as shown in Fig. 2. Capacitors are also energy storage elements that, unlike batteries, generate an electrical field between two parallel conductor plates. The energy stored in a capacitor depends on the value of its capacitance and the voltage applied across its plates. For the same voltage the capacitor will store more energy for a large value of capacitance. Since the capacitance of a capacitor is directly proportional to surface area of its electrodes and inversely proportional to the distance between electrodes, it requires a large area to store charge. 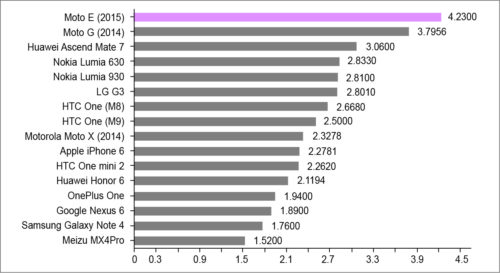 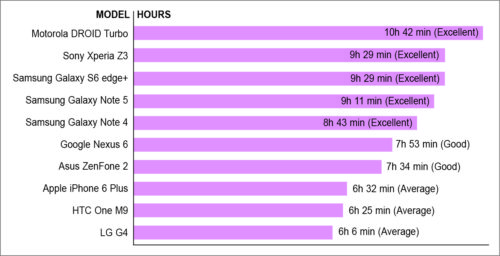 An improvement in energy storage devices has been the development of electric double-layer capacitor (EDLC), best known as ‘supercapacitor’ or ‘ultracapacitor.’ A supercapacitor has large-surface-area conductive plates (electrodes), placed very close to each other.

Supercapacitors provide many advantages over batteries. For instance, these have a long cycle lifetime—they can be cycled hundreds of thousands times without much change in performance. The lifespan of a supercapacitor is 10 to 20 years, with a possible capacity reduction from the original 100 per cent to 80 per cent after ten years of usage or so.

Supercapacitors have a low equivalent series resistance. These can therefore provide a high power density and high load currents to achieve almost instant charge in seconds.
The new hybrid supercapacitors store large amounts of energy, recharge quickly and last more than 10,000 recharge cycles. This is a great advantage for smartphones, which will charge in just 30 seconds and then continue working through the rest of the day on a single charge.

The basic principle of energy storage in supercapacitors is the same as that of ordinary capacitors. However, unlike conventional capacitors that use a solid and dry dielectric material, such as teflon, polyethylene and paper, ultracapacitors use a liquid or wet electrolyte between their electrodes. A supercapacitor or electric double-layer capacitor, as shown in Fig. 3, utilises large-surface area electrodes and thin electrolytic dielectrics to achieve capacitance values greater than any other capacitor type available today.

Energy storage in capacitors is by means of static charge and does not involve the electro-chemical process inherent to batteries. These store charge as a coating of ions adsorbed on the electrodes’ surface. Ions are separated from the electrolyte by a charging current, and propelled toward their respective electrodes. The membrane serves to separate the ions, so that a net charge separation can be maintained. This dual surface layer is called electric double layer. 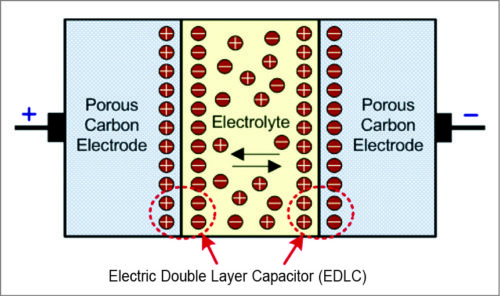 Supercapacitors have separation of charge at an electric field which is only fractions of a nanometre, compared to micrometres for most polymer film capacitors. In doing so, supercapacitors are able to attain greater energy densities while still maintaining the characteristic of high power density of conventional capacitors. These are therefore more of an electrochemical device similar to an electrolytic capacitor. They store charge through reversible ion adsorption at the surface of high-surface-area carbon. Different materials, such as various carbon materials, mixed-metal oxides and conducting polymers, have been used for supercapacitor electrodes. Advances in carbon-based materials, namely, graphene, have increased their energy density to almost the level of batteries.

Graphene is a thin layer of pure carbon, tightly packed and bonded together in a hexagonal honeycomb lattice. It is widely regarded as the most suitable material for supercapacitors as it is the thinnest compound known to man at one atom thickness, as well as the best known conductor. It also has amazing strength and light absorption characteristics, and is even considered eco-friendly and sustainable, as carbon is widespread in nature and is a part of the human body.

Graphene-based materials are considered as one of the most promising materials for the next-generation, flexible, thin-film supercapacitors due to their unique structure and properties: Their two-dimensional structure can provide a large surface area, which serves as an extensive transport platform for electrolytes. The high conductivity of graphene sheets enables a low diffusion resistance, leading to enhanced power and energy density.

The superior mechanical property allows graphene sheets to be easily assembled into free-standing films with robust mechanical stability. Among graphene-based 2D films, graphene papers have attracted much attention due to their tunable thickness.