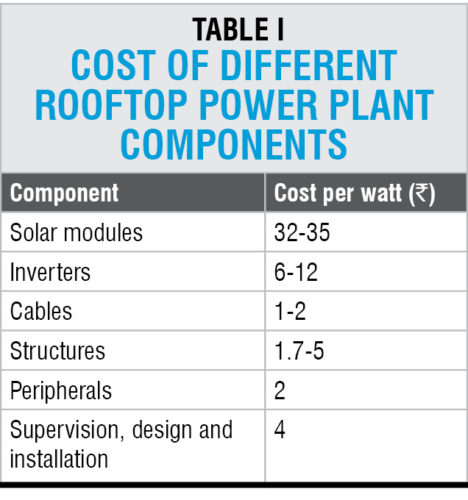 Several incentives are available for rooftop solar PV plants. Broadly, these can be categorised as accelerated depreciation, capital subsidy and income tax credits. 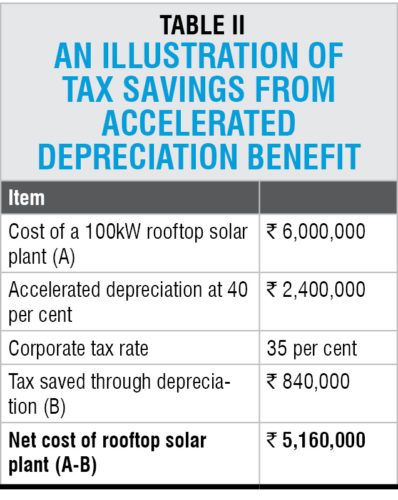 Accelerated depreciation of 80 per cent was available until March 2017 under the Income Tax Act for rooftop solar PV systems, which was halved to 40 per cent from April 1, 2017 onwards. It can provide significant savings to a solar plant developer who is a taxable assesse and has sufficient profits against which the depreciation can be charged. Table II gives an illustration of tax savings from accelerated depreciation benefit. 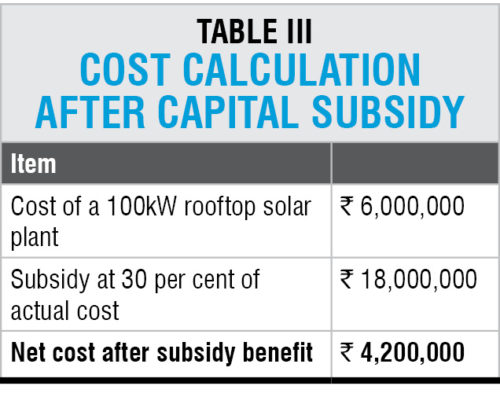 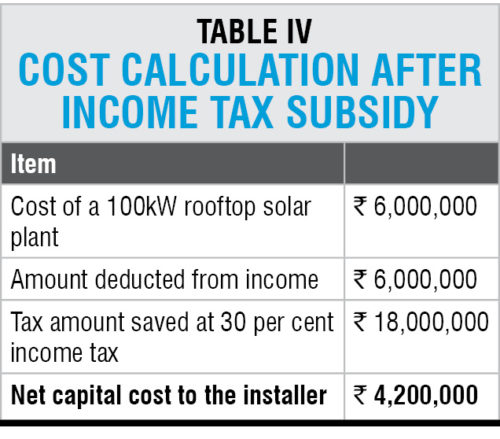 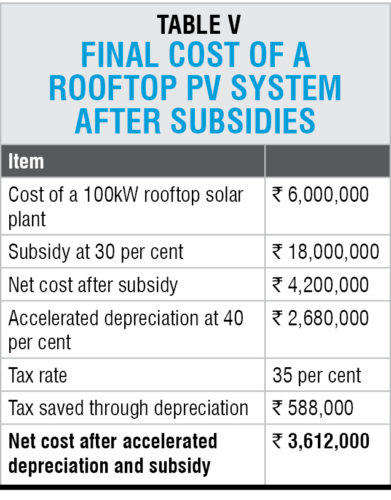