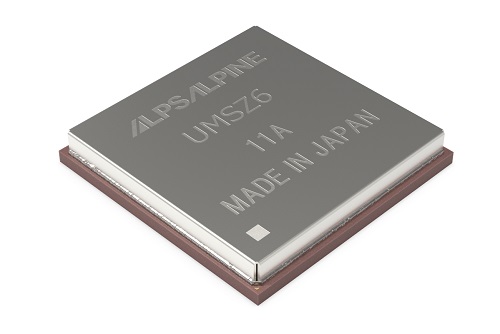 Technological innovation is gathering momentum within the automotive CASE domains (Connected, Autonomous, Shared & Services, Electric). In the autonomous driving domain, a growing number of vehicles on the road have Level 2 automated driving capability, allowing them to autonomously follow the vehicle in front under certain conditions while staying in their lane. Cars capable of Level 3 automated driving, where the system carries out all driving tasks but under restricted conditions, such as during expressway or low-speed driving, have also recently been developed. Some are already on the market. However, the spread of Level 3 autonomous vehicles and further advancements in autonomous driving functionality will depend on the availability of vehicle positioning that is more user-friendly and even more accurate.

The UMSZ6 Series GNSS Module’s high-accuracy vehicle positioning is achieved using a multi-frequency GNSS receiver chip based on Furuno’s Extended Carrier Aiding technology. Running costs associated with RTK (Real-time kinematic) base stations, correction data receiving and correction data use are no longer needed, maximising cost performance, while reliable vehicle positioning down to the lane level is possible even on general roads (approx. three metres wide). Alps Alpine expertise in module creation accumulated over many years in the automotive business was applied to realise compact dimensions of 17.8 mm × 18.0 mm × 3.11 mm while conforming to automotive grade, contributing to greater freedom for customers in end-product design.

Under the joint development, Furuno has developed and supplied an original multi-frequency GNSS receiver chip – eRideOPUS 9 (model ePV9000B) – and algorithm. Alps Alpine is using the chip before anyone else to create and commercialise the UMSZ6 Series GNSS Module and will carry out evaluations within a real-car environment to assess performance and interoperability with V2X and other communication modules and pursue sales promotion within the automotive market.

“Relative vehicle positioning accuracy is constantly improving as a result of millimetre-wave radar, LiDAR and camera technology. Achieving absolute position accuracy down to the lane level is essential for both V2X applications and genuine Level 3 automated driving, but system-related costs associated with RTK technology have been an obstacle. Getting around this with a multi-frequency GNSS receiver chip based on Furuno’s Extended Carrier Aiding technology, which realises high-accuracy vehicle positioning to within 50 centimetres without correction data, will likely prove to be a breakthrough in V2X and advanced autonomous driving technology,” said Hideo Izumi, Vice President, Device Business, Alps Alpine Co., Ltd.:

The next task will be to evaluate the module’s performance, for example through demonstration testing, and bring the product to a higher degree of completion to promote sales worldwide. The aim is to begin mass production in 2023. The development and supply of communication modules are not only for GNSS but also technologies like 5G and V2X, supporting the advancement of autonomous driving to contribute to safe and comfortable automobile-based mobility.