In addition to simply providing faster speeds, experts predict that 5G networks will also need to meet the needs of new use-cases such as the Internet of Things (IoT) as well as broadcast-like services and lifeline communications in times of natural disasters. The Next Generation Mobile Networks Alliance defines the following requirements for 5G networks:
1. Data rates of several tens of Mbps should be supported for tens of thousands of users
2. 1Gbps to be offered simultaneously to tens of workers on the same office floor
3. Several hundreds of thousands of simultaneous connections to be supported for massive sensor deployments
4. Spectral efficiency should be significantly enhanced compared to 4G
5. Coverage should be improved
6. Signalling efficiency should be enhanced
7. Latency should be significantly reduced compared to LTE

Expectations are that 5G will provide uniform throughput of at least 1Gbps, peaking at around 10Gbps, with a couple of milliseconds of latency, offering a highly-reliable service. 5G will provide a truly ubiquitous unlimited mobile experience through terminals enhanced with artificial intelligence (AI) capabilities.

New applications are foreseen that will facilitate domains such as e-health and machine-to-machine (M2M) communication. Its salient features would include:
1. A super-efficient mobile network that delivers a better performing network at lower investment costs. It would address mobile network operators’ pressing need to see the unit cost of data transport falling at roughly the same rate as the volume of data demand is rising. It would be a leap forward in efficiency based on IET demand attentive network (DAN) philosophy.
2. A super-fast mobile network comprising the next generation of small cells densely clustered together to give a contiguous coverage over at least urban areas and gets the world to the final frontier for true wide area mobility. It would require access to spectrum under 4GHz, perhaps via the world’s first global implementation of dynamic spectrum access.
3. A converged fibre wireless network that uses, for the first time for wireless Internet access, millimetre wave bands (20GHz-60GHz) so as to allow very wide bandwidth radio channels that can support data access speeds of up to 10Gbps. The connection essentially comprises short wireless links on the end of the local fibre-optic cable. It would be more a nomadic service (like Wi-Fi) rather than a wide area mobile service. 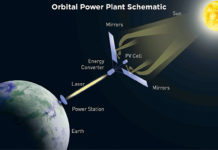