“If you have pervasive wireless charging, you will want to optimise for high-rate designs…”

High-rate wireless charging means adopting special designs to overcome heat released due to the pressure that builds up. Stuart Lipoff, IEEE fellow, speaks to Sneha Ambastha from EFY regarding many such design challenges and the steps to overcome them 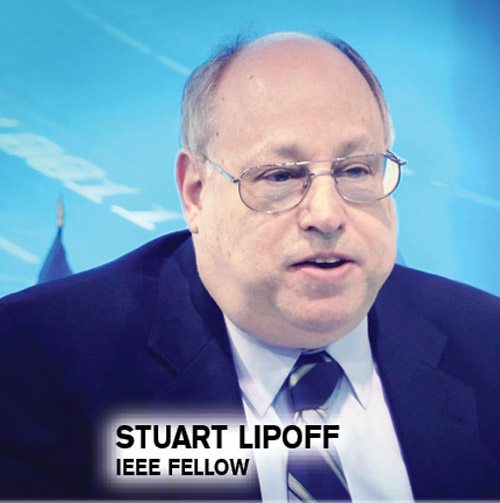 Q. Do you think that the new charging technologies will require new skills in a design engineer?
A. The current skills would still be relevant but expertise in new technologies associated with low-frequency wireless power transmission would need to be developed. Engineers and designers will have a new degree of freedom in coming up with new designs that take advantage of wireless charging.

Q. Would these technologies lead to smaller devices?
A. This will depend on how wireless charging is deployed in private (homes, offices, private auto) and public (stores, public transit, transportation terminals) spaces. If wireless charging is widely deployed, it will mitigate the need for more energy from the internal battery. Since the battery can be up to half the weight of a phone and up to 25 per cent of the volume of the phone, mobile phones OEMs may use smaller batteries, resulting in smaller devices.

Q. How would wireless charging technologies affect the shielding of devices?
A. The outside enclosure of the case needs to remain unshielded for wireless energy to reach inside. Inside, designers will have options to either selectively use shielding or just engage the internal layout of components and PCB traces to avoid electromagnetic interference. For example, the internal wireless charging energy-capture structure can be on the back side of the battery. This way, no additional shielding would be needed.

Q. Is there a battery technology to complement the numerous smaller charging cycles in a day?
A. Batteries are electrochemical devices in which there are trade-offs in the internal structure and chemistry to optimise between total energy, charge rate (the time to charge it), discharge rate or lifetime (the maximum number of charge-discharge cycles).

If you have pervasive wireless charging, you will want to optimise for high-rate (the ability to charge it very fast) designs that compromise total stored energy (so the design is different). Also, fast high-rate charging can create safety issues associated with heat build-up and pressure build-up in the cell. To deal with safety issues, the non-electrochemical active parts of the battery may need to have special design features to deal with heat and guard against venting of the cell due to pressure build-up.

Q. Can both resonant charging and inductive charging technologies be incorporated in the same wireless charger? How would it affect the charging technology?
A. Yes, both technologies can be incorporated in the same wireless charger, but this will add to the cost since we are talking about doubling the electronics. This would not be an issue for chargers in public places since these can afford to support multiple chargers.

The one crossover place might be the private auto, where auto OEMs might want to factory-install chargers that are cost-sensitive, and thus would prefer a single well-adopted standard to support.

Q. Which, out of the power matter alliance and wireless power consortium, is the better technology to adopt?
A. The winner is not based on technical aspects of who is better but, instead, who is the biggest actor. Like, if Apple adopts a technology to put in all its future products, it will give a head-start to a standard.

Q. Can a wireless charger be made completely wireless?
A. Yes, two concepts have surfaced lately: solar-powered wireless chargers, where you leave the charger in the sun and portable wireless chargers that have a big battery inside that you have to recharge from time to time.

Q. How does Sapphire glass help enable solar-powered wireless charging?
A. Sapphire glass is very transparent and allows light to pass through to charge solar cells. However, solar charging can be achieved with Gorilla glass too.