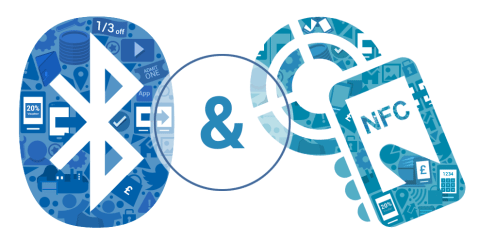 With the increase of IoT devices, “we will have more and more focused chips coming up,” says Ramachandra. IoT calls for smaller bandwidth applications, as most of the transmissions are updates and switching signals.

NFC is coming up as a major proponent in terms of IoT devices.  Some of the features that make a good option are the data security, and the ability to connect unconnected devices. The ease of use and user control over usage are already established factors.

“Today NFC chips come in two variants, one is the standalone one found in payment gateways etc. while the other is the combo one available as part of Bluetooth or Wi-Fi module,” further adds Ramachandra. The second module caters to the current market segment very well, as the demand for multiple technologies on a single chip is high.

IoT is expected to hit anywhere between 20 to 50 billion devices. “At this point it becomes meaningful to make a chip that supports just the one communication technology,” adds Ramachandra.

Another technology that makes sense, considering the number of electronic devices in the future, is LoRaWAN. We have cases of things being connected to a LoRa network that are making lives easier. From a simple case of bicycle theft to life saving flood warning systems, LoRaWAN is making waves in terms of application usability. However the true potential is yet to be seen as the adoption is slow. Unless LoRaWAN undergoes communication on a regular basis, and prove sturdy, the adoption will be gradual.

Z-Wave is another wireless communications protocol being used for home automation. Oriented to residential control and automation market it is intended to provide a simple and reliable method for lighting control, HVAC, security systems, home cinema, automated window treatments, swimming pool and spa controls, and garage and home access controls.

Z-Wave uses a source-routed mesh network architecture and is more prevalent among hobbyists. The devices can communicate to one another by intermediate nodes to circumvent household obstacles or radio dead spots that might occur in a house. 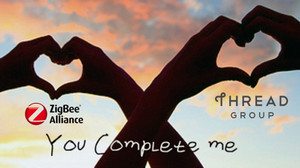 Another recent collaboration between the ZigBee alliance and the Thread group to provide an interoperable solution for streamline product development, will be also something to look forward to. Ultimately the requirement is to improve the consumer’s experience in a connected home.