Application
The main aim to use these sensors is to handle challenging counting and to detect the non-guided objects in free fall in the automation industry. They are also used for the precise positioning of the objects in the printing machines and to periodically scan the target material on the R, G, B colour channels in order to detect the taught in colour. 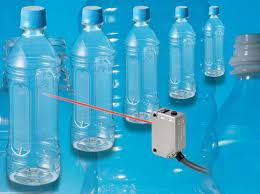 Detecting shapes and dimensions through visual feedback
A vision sensor is a sensor that identifies the shape, dimension, orientation or location of an object through visual feedback. A very good example of such sensors is the camera in our laptop. Vision sensors are more flexible and efficient than the light barriers and are simpler in design due to the configuration for one special field of application. Many difficult applications that required multiple photoelectric or proximity sensors for their work before can now be handled with just one vision sensor, at a low cost. Depending upon the graphic card the application is working on, or on the complexity of the objects sensed, the vision sensors may be little bit slower than the proximity sensors. Vision sensors have a fixed resolution and generally require more processing time and are slower than cameras. The content of a vision sensor image can be accessed via the API (Application Programming Interface). The drawback with vision sensors is that its image content is only available during the actual operation. The two types of vision sensors based on the path of the projection of the rays are-Orthographic projection and Perspective projection.

Application
Vision sensors are used in cameras to increase the throughput of high resolution and high speed imagest. They are also used for monitoring purpose in different security cameras at homes, offices, etc. 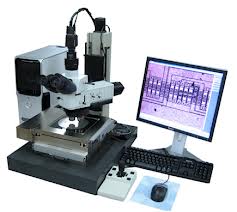 Ultrasonic sensors — positioning or proximity
Ultrasonic sensors use sound waves instead of light. These are considered ideal for the stable detection of liquids, uneven surfaces, objects in dirty environment and clear objects. These sensors use a piezoelectric transducer to detect and send sound waves. These are not affected by the target colour or atmospheric dust, rain, snow, etc. and can work in adverse conditions. These work well in applications that require precise measurements between the moving and the stationary objects. Some companies consider this to be a type of proximity sensor, while others consider it to be a type of position sensor as it is used to detect the presence of nearby objects and uses time to measure the distance. These sensors can be divided into three types based on their modes of operation- Thru-Beam, Diffuse Reflective and Retro-Reflective.

Diffuse Reflective: It is considered to be a single package of emitter and detector in which their field of view cross each other. In this, the emitter emits sound continuously and when the target is within the operating range of the sensor, the emitted sound is reflected by the target and detected by the detector.

Application
These sensors are used for detecting objects where the normal photocells cannot be used like for level measurement of solids and liquids, diameter or loop detection for materials like paper, sheet iron, and for the detection of transparent objects like plastic, glass bottles, plastic filters, etc. They can be preferred over Photoelectric sensors for object detection because they are not affected by colored, transparent or shiny objects.

Temperature Sensing
A device that gathers information related to temperature from a source and then converts it into a form that can be easily understood by an observer or any other device. These are the most commonly used sensors in the present world, a very good example being a thermometer. These sensors are used to measure the temperature of a medium so that they can be controlled. There are two types of temperature sensors- Contact sensors and Non-contact sensors.

Contact Sensors: As the name suggests, this sensor measures the temperature of the object to which the sensor is in contact with. However, it has a limitation, that is both the sensor and the object should be in thermal equilibrium, that is there should not be any flow of heat between them.

Non-Contact Sensors: On contrary to the contact sensors, these measure the heat radiations from the environments within a given area. These do not need to be in actual contact with the object. Many non-contact sensors now a days are being used to control temperature as well as humidity of an area and to make the area comfortable for us.

Application
The temperature sensor is used in the refrigerators and in boilers in the HVAC systems apart from other applications in the Automation industry. They are used as a source of temperature control in many applications from windpower to compressed air. 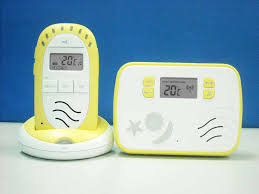 Markets, today have numerous devices to monitor the inclination angles however, these do not provide the information as per industry needs. These can measure the inclination angle in an angular range of up to 360°. These are contact free and can be easily integrated into the systems. These work on high precision levels of as low as 0.1° and can work in an extended temperature ranges of -40 to 85 °C. These can be used in tough conditions, inside compact metal housings. The main use of inclination sensors is to keep the display of a device in correct position as per the user hold it. These can be broadly divided into two categories- Switch based and Proportional Inclination Sensors.

Switch Based Inclination Sensors: These sensors are the most basic ones and have just two states of output. These can again be categorized as- Mercury Tilt Switch and Ball in a Cage Structure Switch. The switches that have mercury bead within them that completes the contact when inclined are called Mercury Tilt Switches. Depending upon the number of contacts used in them, mercury tilt switches can be either SPST and SPDT. Whereas in case of Ball in a Cage structure switches, a metallic ball plays the role of the mercury. The ball prevents vibrations and shock.

Application
They are used in fall alarms, that indicates that a worker has fallen over while working. They are also used in thermostats and in pressure switches. 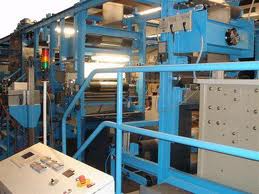 MEM Based Sensors: MEMS refer to Micro Electro-Mechanical Systems that integrate mechanical elements, actuators, sensors and electronics on to a common silicon substrate through the micro fabrication technology. The movement of the object on this sensor depicts its inclination. These are not as precise as the electrolytic inclination sensors however, do have the memory option to record the previous position of the object and these provide medium resolution too.

Application
They level shift the outputs of the sensors for proper levels of conversion and are also used for rollover or stability control along with monitoring of patients.

Optical Inclination Sensors: These use a light source, detector and also lenses at times. These are smaller in size and detect the intensity of light that falls on them along with the angle with which the beam strikes and gives electrical signals accordingly.

Application
They are used in robot hands for detecting the presence of liquid crystal glass. 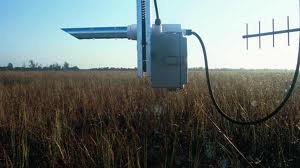 Humidity Sensors
As the name suggests, the humidity sensors are used to detect the humidity level (moisture content) in the air. These play a very important role from medical point of view. In areas, where humidity is extremely low, static electricity is generated, which can even burn things however, in areas, where there is high humidity things would get damaged due to bacterial and fungal growth. So, a humidity sensor senses the humidity level and transfers that information to any humidity controller for further action. Again based on their working principle, these sensors can be classified as-Capacitive and Resistive.

Capacitive Humidity Sensors: It is considered to be a mature technology in the field of sensing. The increase in the dielectric constant of a humidity sensor is directly proportional to the relative humidity of the surrounding environment. Thus, the material used in this sensor plays an important role.

Resistive humidity sensors: These use a thin piece of lithium chloride or other semiconductor devices that measure resistance. The material of this sensor becomes wet due to the presence of water vapor in the air and helps us determine the humidity information. These sensors can work in high temperatures up to 212° Fahrenheit.

Application
They are used in the HVAC systems so as to detect the humidity level in the industry and in transmission lines, antennas, and waveguides used in telecommunications.

Sensing various parameters
Now we are able to understand the working and the advantages of different sensors in order to make their correct use in the required application. Most of the sensors discussed above, focus on measuring either the presence or the distance of an object, owing to their different working principles. However, there are other sensors as well, like the temperature and the humidity sensors, which are different and are used to detect the different parameters in the environment. Applications related to industrial automation can easily use these sensors depending upon their requirement and their working principles for the correct functioning of the device. 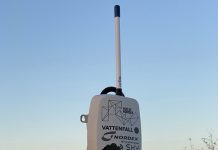 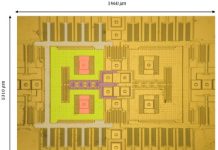 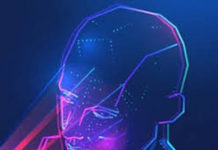