With such a connected world, another matter of concern is security. A study by HP Fortify conducted in 2015 presented its findings, “Six out of 10 devices that provide user interfaces were vulnerable to a range of issues such as persistent XSS and weak credentials.” In a fully connected world with, “majority of the devices along with their cloud and mobile components allowed passwords such as 1234 or 123456,” security becomes a major concern.

Additionally, higher the number of devices connected, higher the opportunities to break the system. Last year saw a rise in the number of data attacks, which were more than a hundred thousand. Bharwani adds, “Enterprises have to protect themselves, their services and their data from vulnerabilities.” Hence efficient security professionals would be in high demand. However since most of the potential weak links are similar to mobile or web applications, people currently working on security have an edge there, after all anybody would bet on an experienced horse. 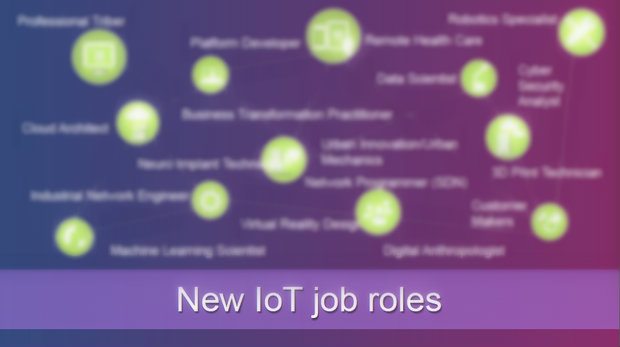 At first glance, it does not feel like much of a difference, as people are working on development and have been for more than the past couple of decades. The biggest defining factor with IoT is the ‘things’ themselves, so are the requirements in IoT jobs.

Since their is no fixed device and the range of development is unlimited, coding for this broad range of devices will define IoT jobs in software development. For hardware, most of the automated devices are connected and sensor oriented. Hence incorporating sensors in every imaginable device would be the change in development. These devices ranging from a simple wearable on a personal level to dynamic street lights with warnings for over-speeding, require developers to be creative in finding solutions for specific scenarios.

Where are the available opportunities?

Metros and bigger cities are coming as target spots for job roles. “Bangalore and Pune are becoming hot locations for IT and R&D companies,” says Kulkarni. This he bases on the available talent in these places. He further explains, “Mumbai, Delhi, Hyderabad, Chennai are providing good opportunities in multiple sectors such as finance, IT and consulting.” Pune, Chennai and Sanand (Gujarat) also have major opportunities related to auto manufacturing.

Opportunities will always be there in major cities as these cities provide better infrastructure along with governmental aid in business. There is however no fixed location that could provide opportunities specifically for IoT jobs and opportunities. Hardware development however would change the dynamics somewhat.

You can’t have hardware development just about anywhere. Catering to content delivery, we have a number of data centers located in engineer efficient locations. “Large number of engineers with knowledge in automation, networking and configuring servers would also be required for setting up, maintenance and troubleshooting at the data centers,” adds Bharwani.

The size and precision in IoT devices requires specific development facilities that would require setting up of heavy industries. Since such development makes more sense in commercial zones, these would be the hotbed for opportunities. The best in class opportunities can be found in places with a history of electronics manufacturing, like Silicon valley, Hong Kong, Shenzhen, Taiwan and other similar places.

Where do you go from here?

Software DIYs have become widely popular nowadays. Hence, basic application development can be picked up by spending time in front of a computer on a regular basis. IoT being the next big thing, with heavy focus on connectivity, it makes sense to update your networking skills as well. Some of the promising locations would include places with high concentrations of people looking for work with mobile development skills. So, I guess you know what to do!