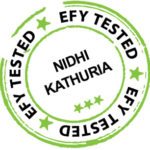 To secure our assets and protect our privacy, there is a strong demand for user-friendly biometric security systems. There are various types of biometric systems that use signatures, fingerprints, voice, hand geometry, ear geometry, face detection and so on. Among these, face recognition appears to be quite exciting and is catching attention.

This project requires Raspberry Pi B+, Raspberry Pi camera, a pushbutton switch, a relay and some miscellaneous components.

First, install OpenCV dependencies. Compiling OpenCV on Raspberry Pi may take about five hours (depending on your system and network speed). So make sure you have sufficient time to start the process before proceeding.

Power on Raspberry Pi, open the terminal, set up Wi-Fi and execute the following commands:

Select yes for all options and wait for the libraries and dependencies to be installed.

Change the directory and execute cmake command as given below to build the makefile:

Compile the project by executing the command given below:

It may take about five hours for compilation.

Install the compiled OpenCV libraries by executing the following command:

The latest version of OpenCV is now installed on your Raspberry Pi.

Face-recognition code is written in Python, so some dependencies have to be installed using the following commands:

After OpenCV and Python dependencies are installed, the project can be tested in three major steps as explained below.

This project uses EIGENFACES ALGORITHM IN OPENCV to perform face recognition. To use this algorithm, create a set of training data with pictures of faces that are allowed to trigger the relay.

Follow the steps given below:
Execute the following command to run capture-positives script to find a single face image:

Wait for some time and observe the terminal until you see Press Button instruction. Press S1 to capture your face image. If the script detects a single face, it will crop and save the training image in positive sub-directory.

If the script cannot detect a face, or detects multiple faces, error message ‘Could not detect single face! Check the image in capture.pgm’ will be displayed. It is recommended to maintain a distance of about 0.5 metres from the camera while taking a picture.

Press Ctrl+C to stop the script. Open capture.pgm file to view the last captured image.
Check the face in the database and train the face recogniser by running train.py code:

Training the face-recognition model on Raspberry Pi will take about ten minutes. Once training is complete, you will see mean.png and positive_eigenface.png files to visualise Eigenfaces of the model.

Observe the terminal to see Press Button instruction. Aim the camera at your face and press S1. You should see a message ‘Button pressed, looking for face…’ on the terminal. After a few seconds, if the face is recognised, you will see the message ‘Recognised face!’ and relay RL1 will be energised.