By John Daane -- President, CEO & Chairman of the Board, Altera Corporation 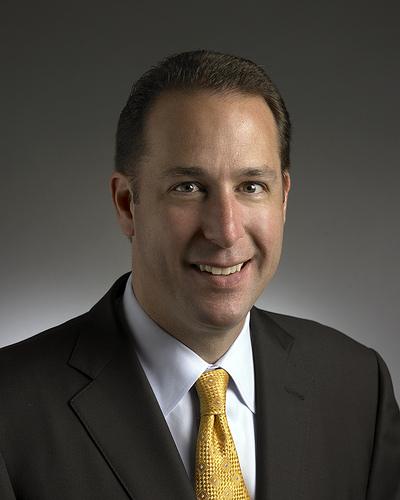 The year we are entering, 2014, promises to be fascinating to anyone interested in electronics and its impact on global society. John Daane President, CEO & Chairman of the BoardOf course, we will see the continuation of huge established trends, such as the explosive growth of the Internet’s demand for bandwidth. And we will see newer trends as well. Computer systems of enormous performance and big-data concepts are beginning to transform both how we use information and provide services to individuals. The Internet of Things (IoT) is driving change in the way we relate to the world around us. Autonomous cars—perhaps best seen not in isolation, but as the first wave of a sea change that may sweep across transportation and the rest of industrial electronics—are altering the way humans relate to machines. Each of these trends has profound meaning for the programmable logic industry and for Altera.

The Internet is once again expanding its purpose: from the medium of social networking to the delivery system of choice for most personal entertainment. This shift, with the accompanying build-out of 4G wireless networks, puts unprecedented demands on the infrastructure that holds the Internet together: the high-speed backbone networks of optical fiber links and switches. Optical Transport Network (OTN) is one of the dominant standards in the backbone. In OTN networks, as under other forms of optical-networking, Altera FPGAs perform vital packet processing functions at speeds that keep up with the optical fiber—100 Gigabits (Gb/s) per second today, far faster tomorrow. We have cemented our leadership in OTN technology with the acquisition of two leading intellectual-property developers, Avalon (in 2010) and TPACK (in 2013), whose expertise will help move our customers beyond 100 Gb/s line rates.

Probably most readers associate FPGAs with high-performance networking. But the next three applications—high-performance computing, the IoT, and autonomous systems—are not traditional programmable-logic strongholds. That will change. Each of these areas exhibits the challenges for which FPGAs have proven to be the correct response. FPGAs effectively meet the need for intense application acceleration at very low energy consumption. They also can satisfy rapidly evolving requirements in the absence of unifying standards and fragmented, emerging markets.

In high-performance computing, key applications ranging from scientific computing to securities trading to big-data analyses are employing FPGAs as accelerators, intimately teamed with CPUs. Today four of the top five server vendors are offering FPGA-based heterogeneous architectures of this sort.

As such computing architectures advance, they will demand the most advanced semiconductor processes in order to achieve massive logic and memory density at very low power. The premier process on the computing horizon is Intel’s 14 nm Tri-Gate process. And they will require highly energy-efficient local CPU cores, such as the 64-bit ARM Cortex-A53. It is no coincidence that Altera is the only company to announce it will build FPGAs and ARM Cortex-A CPUs on Intel’s 14 nm Tri-Gate technology.

Another point is key here. In the high-performance computing world, design teams are made up of skilled programmers, not necessarily FPGA experts. These teams don’t think of their projects in terms of logic gates or RTL or timing analysis. OpenCL, the industry-standard environment for developing parallelizable applications, forms a natural bridge from skilled software developers to FPGA-accelerated heterogeneous systems. Altera has a commanding lead in implementing OpenCL programs on heterogeneous, FPGA-accelerated systems, enabling game-changing possibilities for system designers.

As high-performance computing changes the way we process data, the IoT will change the way we gather data. Architects envision a vast network in which not merely vehicles, machines, and appliances, but individual sensors and actuators each have their own Internet address. The smallest, most energy-conscious elements of this network are not FPGA applications. But the resulting multilayered network, with its jumble of media and protocols and its need for hubs and gateways with great functional agility and local real-time computing, will be a natural environment for FPGAs.

At the same time, the automotive industry is embarking on an adventure of its own: autonomous vehicles. FPGAs already inhabit the sensors and infotainment systems of today’s advanced driver-assist features. Tomorrow, those sensors and displays will be connected to a situation-aware processor—quite possibly a scaled-down heterogeneous computing architecture—that will have to make the vehicle’s crucial decisions “on the fly,” without human help. The field is full of unknowns, fast product cycles, complex product lines: a nightmare for an ASIC or ASSP developer, but home turf for FPGAs.

In summary, we see in 2014 the emergence of powerful trends—characterized by technical uncertainties, shifting requirements, and fragmented or initially-small markets. Yet the spiraling cost of ASIC and ASSP development delays or altogether blocks such traditional solutions from entering many of these areas. Expect to see Altera FPGAs at the hearts of these systems.