Light has been always a matter of scientific interest, especially in modern science. Many of us have heard or some may have studied about wave particle theory about light, which consider light either as a flood of particles known as photons or propagation of electromagnetic waves in a range of frequencies – The visible light, seven colors of rainbow separate out the frequencies.

So basically light carries certain information in form frequencies or wavelength that is process by the human brain to distinguish the color which helps to recognize objects, shapes, etc. That is a pretty natural phenomenon.

In modern communication network information is sent through the modulation of radio waves, that modulation in digital form is called as data. We all use, nowadays, the devices like mobile phones, tablets, etc. to use these data for information sharing with each other.

As we are becoming use to of this data for our many day to day activities there is tremendous growth of this data being observed in recent years and we need advancement in technology to transmit and process it. So we have radio technologies like – WiFi, Cellular – 2G, 3G, 4G and now coming up 5G to bring these data to our devices of communications.

What Light can do here?

Light has also been taken here as a specific medium like radio to transmit data and it something developed in line of Wi-Fi, known as LiFi. 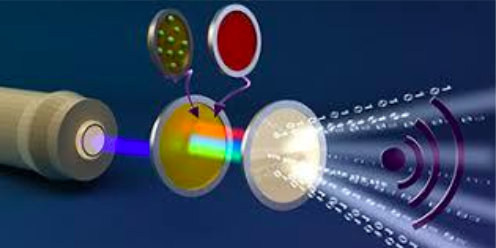 The term LiFi was coined by Professor Harald Haas, at a Ted Global Talk back in 2011 where he demonstrated LiFi for the first time. LiFi is a technology, which provides high speed bi-directional network and mobile communication of data using light. LiFi comprises of multiple light bulbs that form a wireless network, offering a substantially similar
user experience, as with WiFi networks.

When a constant current is applied to an LED light bulb, a constant stream of photons is emitted from the bulb which is seen as illumination. LED bulbs are semiconductor devices, and therefore the illumination can be modulated at extremely high speeds which can be
detected by the photo-detector.

Using this technique high-speed information can be transmitted from an LED light bulb. It is already there with us in simplistic form like those used in low-cost infrared communications devices such as remote control units.

It is high speed, 100X faster, high data density and highly secure technology, to be used along with other wireless communication systems.

If there is demand of data and also the demand of light, there could be LiFi as best player of wireless communication. Its main uses accordingly would in buildings, like for offices, houses, or even in streets, shelters, hotspots etc. 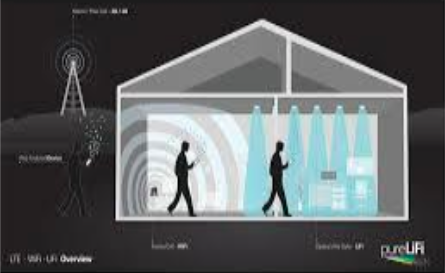 The Good part is it is a purely green technology, low power, sanitation, in RF hostile environments such as petrochemical plants and hospitals. 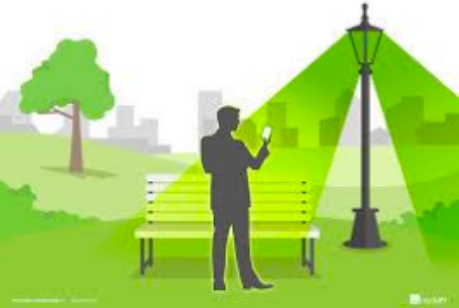 Some interesting facts about LiFi

LiFi technology can be enabled to dim low enough that a room will appear dark and still transmit data. There is no flickering of light observed by human eyes as the rate of change of illumination is very high nothing in range of perception to any eye.

LiFi is not a line of sight, it uses light reflection, light diffraction etc. LiFi works in both, day time and in night, nothing to do with environment light.

For the end user it will be coming embedded with devices like, mobile, laptop, tablet etc. There would be LED bulb available to install in home’s as well, just like normal WiFi access points and in similar price range.

You can check out the video on LiFi: click here