India has consistently suffered from a high number of criminal activities and law violations over the years. Official records suggest that 70 per cent of these incidents involve repeat offenders. For the longest time this kind of data remained offline, even when it was spread across different zones and states. Identifying this major challenge law protectors of our nation deal with every day, Gurugram-based Staqu Technologies pledged to use technology to empower law enforcement.

Staqu team intended to utilise AI in digitising all the Big Data of criminal records, while extracting meaningful attributes to provide police forces with real-time information.

Rai, who is also chief executive officer at Staqu, says, “When we started Staqu, Indian police forces were utilising solutions provided by international countries such as Israel, Japan and Scandinavian countries. It was a task to make police authorities believe in AI’s expertise coming from an indigenous company, that too a startup.”

The main intent behind ABHED platform is to digitise all crime records that are stored in old, dusty files, scattered across state-level police departments. To do so, the team had to remove duplicate information and make digitised data easily retrievable to police forces on ground zero, in real-time, even in low-speed networks using smartphones.

Here is how ABHED works. The platform primarily distinguishes available data—input or output—into fundamental elements, that is, image, speech and text. It uses these biometric features to strike a match with existing records via AI and provides required results to police forces, in real time.

The platform is available as a mobile application to on-field officers. It can even run on 2G and 3G networks. The app is connected to centralised servers that rest with police authorities. Primary facial recognition results are further correlated with text- and speech-based data to derive essential data like gang analysis, crime hot spots, threat detection and so on. Based on these results, the police can take immediate action.

From ideation of ABHED to its pilot launch in May 2017, the platform development took nine months. Initially launched at Alwar, deployment expanded to the rest of Rajasthan, and has now been deployed across other states, including Punjab, Uttarakhand, Uttar Pradesh and Telangana.

At present, ABHED platform contains records of 600,000 criminals and has contributed to over 100 high-risk police cases. Overall results indicate a 25 per cent reduction in crime rates.

On development side, the main hardship faced by Rai and his team was to digitise the massive bulk of historical data from age-old manual records and to give AI the form factor that users can easily comprehend.

Rai says, “When we started, there were many conjectures in the market around AI. Yet, most people lacked the nuanced understanding of this technology. Thus, one of the early challenges we battled with was to simplify the concept of AI and make it accessible to police forces on ground with minimum training.”

Further, lack of strong and widespread digital infrastructure also made it challenging for them to design the platform in an accessible form, despite geographical limitations.
Rai recalls how training Alwar police about the platform helped them tailor ABHED platform as per Indian police forces. It also allowed them to demonstrate the capability of their solution to the national legal system and, eventually, expand further.

Team Staqu is upgrading its ABHED platform with newer features like gait analysis that can help identify criminals based their walk patterns and mannerisms. Moving ahead, they will be focussing on making these solutions available for private conglomerates and citizens also.

Rai explains, “In the first phase, we plan to partner with hotels, enterprises and shopping malls, among others. We would enable these private enterprises with our AI-based security solutions, such as violence recognition, trespassing in restricted area and more.” 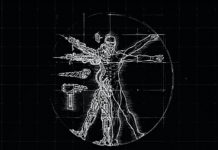