Nothing Happens For Decades, Then…

A large number of consumers are more open and ready to test new products or ideas. Businesses must use this opportunity to innovate and test them; the time could not be more conducive than now.

I hope the title reminds you of a famous quote from Lenin.

“There are decades where nothing happens, and there are weeks where decades happen.”—Vladimir Ilyich Lenin (1917)

This month marks the first anniversary of one such week of the last year. The disruption was certainly unwarranted (the word says it all) and unplanned for. However, it highlighted several flaws in our ecosystem at several levels.

It highlighted how our ways of doing work have many pressure points. How several things that we do daily could fall apart by just changing its medium, for example, meeting virtually instead of in-person. And why we must be agile, resilient, and well prepared at all times.

Nonetheless, it has already happened! So, what happens now? What comes after disruption?

Before we discuss the disruption cycle, please note that it is not the same as hype-cycle infographics popularised by Gartner. Hype-cycle mainly highlights trends and their relative place in the overall hype-cycle. On the other hand, the disruption cycle can be seen as a real phenomenon that repeats cyclically in our economy.

For example, think about what happened in 2008-09 during the global financial crisis (GFC). And most importantly, what was happening a few years before GFC and a few years after that. Especially after the crisis, several new small businesses sprung-up, and most of them today are significantly larger, making their mark in the ecosystem.

Every disruption, planned or unplanned, always stirs the market and displaces norms. When that happens, people get creative as there is nothing or little to lose. It results in them taking actions that, otherwise, were not possible. People take chances and play with their ideas, bring them to life.

Essentially, it is clear that innovation is almost always the usual outcome of these disruptions.

Innovation is almost always the usual outcome of disruptions. However, the scale and the vector are always different.

But if you think through that deeply, you will also notice that the type of innovation is different each time. The scale and the vector both are different. So, what does this mean?

The 4Ps of innovation

Innovation may happen at several levels, and it may happen in parallel. The commonly known 4Ps of innovation are the product (or service), process, position, and paradigm (also known as the mental model).

When industrialisation became mainstream, all the innovations were product based or had services component around those products. However, as new potent tools came to life, and the type of innovation changed. It became mostly the process-related innovation.

In the last two decades we saw several products that are not necessarily too different in their function but are different in form. They are digital, and digital technologies largely facilitate their process or delivery.

The global financial crisis was another blow in the economy that triggered a different innovation—position innovation, mainly because a large part of GFC resulted in many organisations’ reputational risk. So pretty much every new business played positioning and reputation card to grow.

Since then, most companies, you would realise, are more known for their reputation and positioning than their product or services, whether it is Apple, Microsoft, or anyone else.

So, if you have followed this logic to this point, you know what might be next. If you are thinking paradigm-shift based innovation is the next, you are right. It is not a guess. It is the most logical and the right way to move forward with the new normal in 2021 and ahead.

Paradigm shift-based innovation is the new way to go.

The face of the new normal

There is a huge temptation to try and predict how the new normal looks like. Many futurists are trying their hand at doing that. Almost all the big consultancies and leading firms have already published their predictions in some or other forms.

So, how does the next or new normal look like?

According to the McKinsey report, which was released a few months ago, “There will be a surge in revenge shopping.” It emphasizes, “People will prefer more community activities due to sudden freedom.”

I think it makes sense from a short-term standpoint. However, would not it be better if we thought a bit longer-term for our own sake? 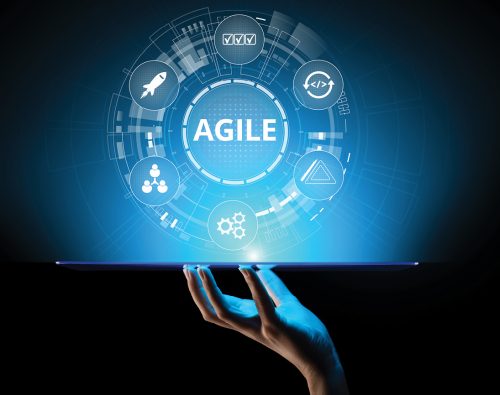 Last year we saw people coming up with creative ways to solve newfound problems. Innovations in multiple aspects of work and life flourished. However, most of them were related to, and were in response to the pandemic.

Now, second-degree innovations and further would continue because entrepreneurs are finding, and will find, more good ideas and a conducive environment. Moreover, we also saw what is possible during unprecedented times, which has opened up so many opportunities.

Essentially it has changed or challenged several mental models that were rigid before the pandemic. Hence the leaning toward paradigm-shifting innovations.

Additionally, the good thing is, a large number of consumers are more open and ready to test new products or ideas. Businesses must use this opportunity to innovate and test them; the time could not be more conducive than now.

The new normal will see paradigm-shifting innovations and what is done and how it is done.

More people will prefer products and services that are not reacting to the crisis anymore but taking them toward a new, better life. Businesses need to institutionalise things that worked during the grand experiment last year. It may be the work from anywhere model, investing in next-gen products or services, or new capability building. Whatever worked, build on it quickly and move forward.

Every disruption brings acceleration in certain areas and reduction in a few others, simultaneously. These changes further lead to convergence. Followed by divergence in preferences and ways of life, it finally results in redirection. Acceleration and reduction have happened last year, so now is the time for convergence. Convergence with a new kind of innovation.

Now the six aspects you must focus on

It will be a rhetorical statement to say that we are living in VUCA (volatility, uncertainty, complexity, and ambiguity) time. We already know and acknowledge that. However, it is more important to understand what it takes not only to live but also to succeed and thrive in VUCA.

I want to emphasize six skills and capabilities that might help you take steps toward this VUCA journey and thrive. As the new normal will have higher dependency and conductivity for innovation, it makes sense to see these six aspects from an innovation lens.

1. First principles based thinking. Develop organisation level capability to think on the first principle basis. More the employees that learn this ability, the better your company will get at innovation.

2. Resourcefulness. Every time people do not rely on resources and become resourceful instead, innovation happens. We saw it last year, and we have seen it before. Building this mindset is the key to successful innovation.

3. Organisational agility. Despite having good ideas and resources, it can be a lengthy, or worse, a futile journey without agility. Agility in the VUCA world is a must-have trait for an individual and an organisation.

4. Foresight skills. As I mentioned before, every disruption brings some roller-coaster experience with it. Whether you decide to ride it, stay out of it, or enjoy it, each of those decisions needs foresight skills. Moreover, foresight skills in the VUCA environment help stay on or ahead of the curve at all times.

5. Experimentation culture. Innovation, by default, needs experimentation to be effective. Building a culture within an organisation is crucial. Without that it is pointless to go on the innovation journey.

6. Speed. Finally, what is the point if you cannot get to the destination in time? Speed in the right direction is of utmost necessity. Progressing in your innovation journey at the right speed can ensure success.

If you focus on these six aspects, thriving in the new normal with paradigm innovation is possible. These skills and capabilities can put your business in a better-prepared state to make the most.

You may not be the fastest, but if you are agile and get up quickly, you will have a greater chance to take the lead.

When talking about new normal or economy after disruption, predictions are plenty and mostly valid until they are not. The key is to take steps towards renovating and innovating your business. The size of your business, small, medium, or large, would not matter. Consider it to be a race where everyone was knocked off and fell (exceptions apply).

You may not be the fastest, but if you are agile and get up quickly, you will have a greater chance to take the lead.

Now the question to ponder upon is, “Are you willing to embrace new-age innovation and change the game?”