Artificial Intelligence: A Game Changer in the Automobile Industry

The automotive industry is among the early adopters of AI, not just for autonomous driving, but a wide range of other personalisation needs.

Major players in the automobile industry are using technology and resources to be the best in the market. In lieu of the same, utilisation of artificial intelligence (AI) is also gaining great popularity over the years. AI attempts to learn from sensory inputs like real images and sounds, giving the technology the unique selling point for devices embedded with it. When intelligence is applied to an automobile, it recognises the environment and assesses the contextual implications during movement or when it faces any hurdles.

In vehicles, install rate of systems based on AI was only eight per cent in 2015. This number is expected to go up exponentially by 2025. 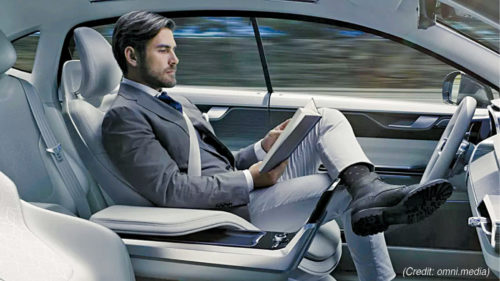 Since the 1970s, people have been thinking about driverless cars. Over the years, AI-enabled cars have been shown in movies and captured our imagination. But lack of resources and technical brilliance have kept these from becoming a reality.

The scenario is different today, and self-driving cars have become a reality. We are on our way to witness real intelligence in cars. The aim is to make vehicles act like drivers. However, the major challenge faced by automobile makers is understanding how a car understands different situations and functions accordingly. This task requires a high amount of computing.

Using techniques like deep learning (DL) and sensor fusion, researchers have built a technology that can develop a 3D map of all activities that happen around a car. Leading automotive and tech giants like Tesla and Google are spending large amounts of money for the development of innovative technologies and, thereby, making autonomous cars a commercial reality.

Let us look at why AI is a game changer in the automobile industry.

AI is intelligence developed as a result of many scientific experiments. When applied to machines and devices, this intelligence thinks and acts like humans. However, there is a difference between machine learning (ML) and AI. While the latter implies that devices execute tasks that are considered smart by humans, the former refers to the application of the latter where machines are provided with certain data and these learn for themselves. In essence, ML can be considered a sub-set of AI. Toyota has brought together AI, ML and Big Data for the generation of highly responsive autonomous systems, which can help people who cannot drive properly.

ML is implemented using DL. Many activities in AI are carried out using DL. Complex tasks are broken down into smaller ones, which then become manageable. Software in DL learns activities and mimics these in the brain’s neuron layers.

Today, DL techniques play a vital role in autonomous driving and advanced driver assistance systems—what goes on inside the vehicle. DL plays a major role in the workings of the outside of the vehicle, and during service, sales and manufacturing phases.

Continuous improvements are being made in the service phase using DL. A partnership has been formed between Bosch and NVIDIA to enhance the features and quality of autonomous vehicles. As part of this partnership, Bosch will develop a supercomputer that works in autonomous vehicles and DL will offer technology to power it. A new level of AI in cars such as Mercedes Benz and Audi is expected in the future, thanks to Bosch and NVIDIA.

In the automobile industry, the Internet of Things (IoT) has made an indelible mark. It is poised to become even more powerful in the years to come. Vehicles now come with a host of features, like embedded connectivity applications, geo-analytic capabilities using Big Data and smart sensors.

Vehicle owners now enjoy many attributes, as given below:

Cognitive analysis imitates the behaviour of the brain by looking at its data mining capabilities and behaviour patterns. This revolutionises not only small cars with AI capabilities but also large, 18-wheel carrier trucks.

Cognitive systems need to have a much deeper understanding of unstructured data, as these must work like a human would in a real-life situation. To decide on how to respond naturally in real time, many insights are drawn from large amounts of unstructured data.

AI transforms in-vehicle infotainment systems in a significant manner. Demand for high-quality software and hardware solutions has soared due to this, as these have to be compatible with AI.

We can expect a spike in features such as natural languages database, gesture recognition, driving pattern monitoring, eye tracking and speech recognition. This will eventually go a step further to detection units based on radars, sensor fusion engine control units, camera-attached machine vision systems and evaluation of driver condition.

Machine-human interfaces attached to vehicles can monitor and act in accordance with algorithms collected from neural networks based on cloud. These are utilised to perform a number of advanced tasks.

We will soon witness the cloud-to-air phenomenon (a new kind of car driving) through AI capabilities. Developers have created applications that have taken AI to a new level of excellence, thanks to great computational power.

AI is not only about self-driving cars. It also helps in developing cars that can perceive the environment and navigate through hindrances that may come up while driving.

Savaram Ravindra is working as senior content contributor for mindmajix.com and tekslate.com