Projections for electric two-wheelers are estimated to rise consistently, grabbing about 20 percent of the total market by 2026. By 2030, this number is expected to go as high as 60 to 70 percent.

India has done well in the automotive industry. Among the many industries upon which the country has laid hands on, it has noted the most growth in the automotive space, producing many domestic companies that have gone on to become global players. But the recent climate concerns have made it clearer than ever that it is time to switch to cleaner, greener means of living. This has brought about the era of the electric car.

The rise of the automotive industry heralded a new era of mobility in the early 20th century. The 21st century demands another such evolution, which can be very well brought about by electric vehicles (EVs) to reduce, if not undo, the climatic horrors combustibles have caused. 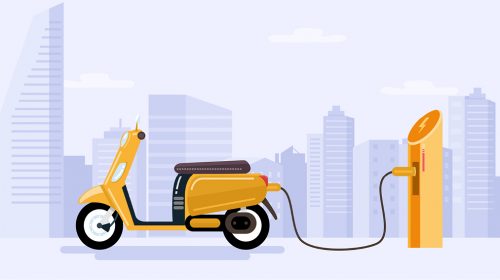 EVs score over internal combustion engine (ICE) vehicles by numerous points, whether it is the experience, life, or power of the vehicle. Not only are they more technologically advanced they require remarkably fewer moving parts and so have much less wear-and-tear.

The global market share of the two categories is changing inversely. Thirty percent of the two-wheelers sold in China, the world’s largest automobile market, are now electric. It is estimated that by 2040, EVs will outsell the ICE cars globally.

Most developed as well as developing countries are now promoting electric mobility, which falls in line with their efforts to reduce emissions and meet their clean energy targets. This could mean the end of combustible engine vehicles by the end of this decade.

Companies like Tesla have become a shining example of the scope of the electric car industry. But as bankable as it may seem, electric cars need to overcome quite a few hurdles at present to become a profitable business in India.

The Indian consumer is just getting used to the idea of driving a car that runs on batteries, so the shift from an ICE car to an electric car is likely to take some time. As such, the low hanging fruit for India to win big in the EV race is probably going to be the electric two-wheeler and three-wheeler market.

Moreover, the foundation for electric cars is yet to be set in the country. The infrastructure, arguably the most important element, is yet to be developed in India. And given the initial price at which a typical electric car is sold in the market, the average Indian consumer cannot yet be so easily persuaded.

The electric two- and three-wheelers, on the other hand, need much lower infrastructural investment. In terms of their technological advancements and conversion, the market is already witnessing a spike. More importantly, almost 80 percent of the vehicles that run on the Indian roads are two-wheelers or three-wheelers. This makes two- and three-wheelers the perfect segment through which the electrification of vehicles in India can begin.

The prevalence of two-wheelers is not just high in India but all over the world. The Asian market, for instance, is highly reliant on two-wheelers. The boom in the sale of electric models in countries like China assures that this is a market segment destined to grow.

Projections for electric two-wheelers are estimated to rise consistently, grabbing about 20 percent of the total market by 2026. By 2030, this number is expected to go as high as 60 to 70 percent. 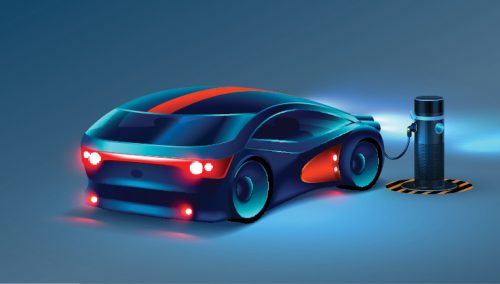 As the focus is starting to shift towards electric two-wheelers, important aspects are shaping up to be conducive to its growth. The first tailwind that is pushing the growth of the electric two-wheeler market is the efforts of the government to support the industry.

Policies like the National Electric Mobility Mission Plan (NEMMP) and Faster Adoption and Manufacturing of Electric Vehicles in India (FAME) Phase 1 and 2 have been launched to push for the change.

Of course, rising climate concerns and the need for clean mobility have been the ultimate harbingers of this mindset. This has led to a growing sense of responsibility for vehicle users who are now exploring the idea of adopting a greener means of transportation like the EVs.

Batteries, for instance, which are undeniably an important element of EVs, have reduced considerably in price. What would cost $1,200 per kilowatt-hour (kWH) is now available at $156 dollars per kWH, decreasing by 85 percent. A major reason for this is that these batteries are now being produced for mass usage rather than for mere experimental purposes.

All of this has provided traction to the EV ecosystem. For instance, Hero Electric used to previously struggle to get quality vendors. Now, however, vendors are willing to invest into the category and are looking at it in a serious manner.

However, the EV ecosystem is still burdened with a few challenges. A considerable speed bump right now is the lack of customer awareness and over-estimation of EVs’ performance.

ICE vehicles get an edge with the initial pricing, which is set to be substantially higher for EVs. Even with the same performance, an EV could be 1.8 to 2.8 times more expensive than an ICE vehicle. This difference in performance parity prevents customers from fully understanding the scope of electric two-wheelers, which lies in the total cost of ownership (TCO). The TCO of an electric two-wheeler is much, much lower than that of an ICE one.

Financing is another hurdle. Hero Electric has numerous relationships with non-banking financing companies (NBFCs) and banks but the number of vehicles that are getting financed is quite low at present. However, we expect that to change now given the rise in demand for EVs.

Manufacturing is another aspect, which is still not robust enough. Battery cells, for example, are still not manufactured in the country. With the lack of indigenous components, there is lower value addition to these vehicles. But this can also be seen as a blessing in disguise.

Apart from Central government’s policies, the majority of state government policies are more linked towards manufacturing incentives. But building vehicles from scratch can be an expensive proposition given the investment and supply chain factors that need to fall in place. EV component manufacturing, on the other hand, is a huge business opportunity that can be tapped into.

In fact, there are numerous opportunities which exist in the EV space. Batteries are one such aspect that can offer the most innovative opportunities. Battery assembly or cell manufacturing can be impressive business propositions if done right. Battery assembly, in particular, is not only a lucrative business but also a much simpler one as compared to complete battery manufacturing, which needs expertise.

But that too is witnessing a change. The recently announced production linked incentive (PLI) scheme for the manufacture of ACC battery cells is a huge support for the industry. It brings about infinite opportunities for the interested participants to explore the electric battery market, which is inevitably going to become a necessity by the end of this decade.
Going by the demand and supply parameters, we believe the battery price is going to stabilise around $110 per kWH, after which there is going to be a technology shift that, in all probability, right now looks to be moving towards solid-state batteries. This presents electric batteries a major opportunity to be tapped into given how its importance is going to explode in the next few years.

There is also, of course, a need for controllers, chargers, motors, drivetrains, plastics, mechanicals, and other components that can be manufactured in India for the EVs.
It is clear that the era of EVs has begun, and the ICE vehicles will now have to take a bow and leave the stage. The EV market in India is still very nascent, but EVs are on the way, which means it is the right time to act, innovate, and to grow.

The article is based on the talk ‘Sustainable Mobility Solutions – Opportunities & Challenges’ by Naveen Munjal, Managing Director, Hero Electric, which was presented at MOVES 2021, Tech World Congress 2021.