Capacitors and inductors are important electrical components used in electronic circuits, as they offer a host of benefits including a long life and high reliability of the circuits they are used in.

Electric circuits are an integral part of any electronic device. Their main task is to direct and control electric current to perform various functions, such as computation, data transfer and signal amplification. At the heart of these devices are a number of different components, which are categorised as either active or passive. Active components of the circuit regulate the electric flow. However, the devices cannot effectively function with active components alone. Though passive components seem less important compared to active components, the former play a crucial role —they control the action of the active components and act as a path for signal waveforms. In this article, we explore the importance of passive components such as capacitors and inductors.

The difference between a capacitor and an inductor

The capacitor and inductor are components that are resistant to current changes in the electrical and electronic circuits. They are passive elements that derive power from the circuit, store it and then discharge it. The two components are widely used in alternative current (AC) and in signal filtering applications. However, they differ in terms of their functionalities. The main differences are listed below.

Choosing the right capacitors and inductors

There are various factors that need to be considered when buying capacitors and inductors. The first thing to check when selecting a capacitor is whether it is the dielectric type, as this factor controls many of its properties such as the size and package, frequency range, series resistance and other electrical properties. The function of the capacitor depends on the type of material used to make it. Aluminium electrolytic capacitors are recommended for their effectiveness. The capacitor should have enough working voltage, and buyers should make sure this does not go above 60 per cent. The ripple current is another factor to consider when purchasing capacitors for high current applications. This current causes heating in the capacitor, and can be destructive over time.

Similarly, there are certain elements that need to be considered while choosing inductors, which are mostly used either for power circuits or to prevent radio frequency (RF) interference. Therefore, understanding the application requirements is important. The size of the inductors also makes a difference to an application. For power circuit applications, large sized inductors are used along with filter capacitors. And for RF applications, small sized ferrite core inductors are recommended as the power requirement is less. Another aspect to look at when selecting inductors is the tolerance percentage. One can understand whether the inductive value of a device is different from the datasheet by looking at the tolerance percentage. Lastly, the shielded components within inductors play an important role in reducing magnetic coupling between components. They are very handy in space constrained applications.

Capacitors are widely used components in any electrical device. There are hardly any circuit boards that do not have a capacitor on them. They are made up of various types of dielectric materials, including ceramic, electrolytic, tantalum, polyester, etc.

These are widely used for decoupling or bypassing on a power supply pin of an integrated circuit (IC). They also keep any stray RF signals out of the voltage supply.

These capacitors are used in circuits and power electronics, where there is high power consumption.

Because of the use of tantalum, such capacitors can offer a higher capacitance value in smaller package sizes. Besides, they exhibit stable behaviour and offer lower leakage currents.

Inductors, as one of the basic passive components, are used in various applications.

Inductors are placed in a fixed position, and cannot be moved or aligned in nearby magnetic fields. Induction motors change the electrical energy into mechanical energy. The magnetic field produced by the alternating current helps to rotate the shaft in the motors.

This is a popular application. Inductors that share the magnetic path are combined together and form a transformer.

Inductors can be used for energy storage. Unlike capacitors, they do not store energy for a long time. In the case of inductors, energy is stored in the form of the magnetic field; however, this fails when there is no power supply.

Prospects of the capacitor and inductor market

As per a report from Market Research Future, the rising demand for electronic products such as mobile phones, portable music players, digital cameras, gaming consoles, PCs and laptops can boost the interconnects and passive components market. In addition, the segment is thriving on the constant upgradation of software that is pushing the boundaries of hardware as well. In the automotive sector, the utility of components is immense, considering the increasing incorporation of communication, infotainment and navigation features such as GPS. The strong focus of the Indian government on domestic manufacturing under the ‘Make in India’ initiative is also creating a positive impact on the passive components market.

Nevertheless, there are challenges in the inductor market. The manufacturers are not yet able to reduce the size of inductors and capacitors to meet the rising trend of miniaturisation.

Despite the challenges, India’s electrical capacitor market is projected to grow to US$ 625 million by 2023 while the inductor market is expected to grow to US$ 3.94 billion by 2022. This can be attributed to the increasing adoption of smart grids, the penetration of smart devices, the growing demand for renewable energy, etc. With the move towards connected cars and ADAS (advanced driver assistance systems), the automotive sector is going to drive the passive component market in a big way.

Factors to consider while selecting a DC capacitor

In short, if you are looking for a low capacitance value in the pico farad range as well as high voltage, your first choice would be ceramic capacitors.

Then again, even within all these three broad categories, you have many variants, depending upon the application.

Safety has become another market requirement. In the case of film capacitors, this has been achieved with the innovative design of the metallised film. Also, the government’s demand for high power factor LEDs to conserve power at the generation end requires modifications in the PCBs of LEDs, using power factor correction capacitors.

Main obstacles in the manufacture of capacitors

Capacitors are very capital-intensive products. That is the reason no new manufacturer has entered the Indian market since the last 50 years. In fact, more and more factories are shutting down due to the competition from imports, especially from China. Capacitors were exempted from duty after ITA1. As a result, anyone one can import capacitors without paying any duty. After the restriction on importing Chinese capacitors into the US, these manufacturers have turned their attention to India. So now they are flooding the market with very cheap capacitors of both good and bad quality. When the rupee weakens against the dollar, the Chinese manufacturers drop their prices so that the Indian customer is not affected. The Chinese government helps Chinese firms by adjusting the price of the country’s currency.

There are two other big obstacles that come in the way of the competitiveness of Indian capacitors vis a vis their Chinese counterparts – the high cost of power and finance. Not only is power costlier in India but we have to back it up with a DG set due to lower availability. Though interest rates have come down, these are still much higher than in China. There is approximately a difference of 10-20 per cent in the cost of capacitors made in India compared to those made in China, due to the above factors.

The DC film capacitor market was at its peak in 2015-16 when total demand amounted to ₹ 5 billion, with ₹ 1 billion coming from CFL manufacturing. We made more than 400 million CFLs in 2015-16. This market crashed when LEDs were promoted by the government as a step to save power. Today, the CFL market is practically non-existent. Of course, LED bulbs have taken over but film capacitor requirements have fallen drastically as six capacitors are used in every CFL bulb, while the LED bulb uses only two. Plus, at 400 million, the volume of LED bulbs manufactured is currently lower than at the peak of the CFL market.

Also, LED bulb manufacturers are now getting their components in kit form from China. This has resulted in further reduction in the demand for film capacitors. In addition, the slowdown in the realty sector and the auto sector in 2019 has shrunk the DC film capacitor market to less than ₹ 3.5 billion. 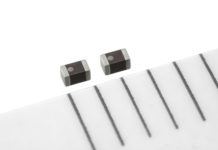 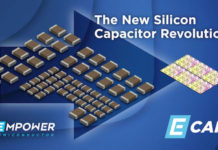 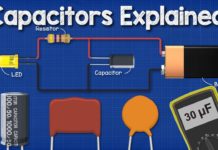 What Is A Capacitor?