The electronics on-board space exploration vehicles should be able to withstand the extreme temperatures of space. operating it beyond the normal limits is an option worth considering -- Dr S.S. Verma 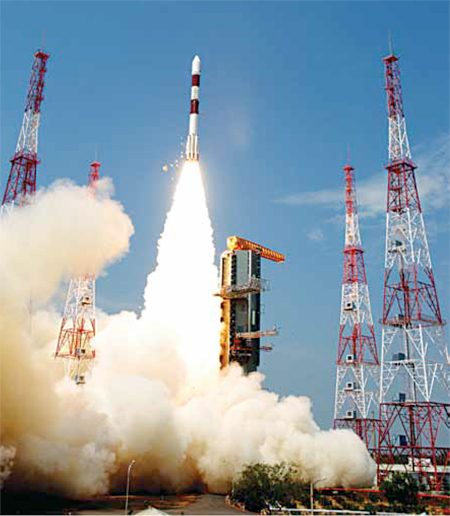 Space exploration vehicles like satellites, probes, shuttles and spacecrafts all rely on electronics. These electronic devices have to withstand for their working not only the extreme (very low to very high) temperatures but also the radiation hazards prevailing in the space. In fact, very little of a space system falls within the conventional electronics’ temperature range. Its temperature in space depends on its proximity and orientation to other bodies, absorption and emission of energy, and internal heat generation. Therefore extreme-temperature electronics is a key technology for space exploration.

In addition, a thermal sink thermally connected to the electronic devices will absorb a large amount of heat without a substantial increase in temperature. This is usually done by employing the material’s phase change from solid to liquid, which absorbs a large amount of heat (the latent heat of fusion). For low temperatures, the opposite effect may be used to provide a thermal source. Thus the same material may serve both as a thermal sink for high temperatures and a thermal source for low temperatures. It might be as basic as ice/water or less familiar such as a bismuth alloy.

Operating electronics beyond the normal limits is thus an option worth considering. This special electronics will be able to withstand the extreme temperatures of space.

In low-temperature electronics (LTE), operation of semiconductor-based devices and circuits has often been reported down to temperatures as low as a few degrees above absolute zero. These devices are based on silicon (Si), germanium (Ge), gallium arsenide (GaAs) and other semiconductor materials. Moreover, there is no reason to believe that operation might not extend all the way down to absolute zero.

In high-temperature electronics (HTE), laboratory operation of discrete semiconductor devices has been reported at temperatures as high as +700°C (for a diamond Schottky diode) and 650°C (for a silicon carbide (SiC) MOSFET). Integrated circuits (ICs) based on Si and GaAs have operated at 400−500°C. Si ICs have been reported to operate at +300°C for a thousand hours or longer. Covering both extremes, there are reports of the same transistor working at about –270°C to +400°C temperature range. Also, many passive components are usable to the lowest temperatures or up to several hundred degrees Celsius.

However, operation at extreme temperatures is not true for every semiconductor device or passive component; it depends on a number of material and design factors. Practical operation of devices and circuits is reasonably achievable to as low temperature as desired, provided materials and designs appropriate to the temperature are used. However, the various characteristics of the device might improve or degrade. In particular, below about 40°K (–230°C), Si devices often exhibit signifiant changes in characteristics.

[stextbox id=”info”]Parts availability is a major obstacle to practical ETE. There are few components specified for either low- or high-temperature use[/stextbox]

Parts availability is a major obstacle to practical ETE. There are few components specifiedfor either low- or high-temperature use. To construct ETE hardware, often the conventional- temperature-range components are selected and adapted. Custom fabrication is done if resources and time permit.

Space electronics over the years
In earlier days, space exploration devices were fragile and required constant human attention. Many of the space exploration missions were unsuccessful due to the failure of the incorporated electronic devices. As space race progressed, hardware had to be put into the orbit as swiftly as possible by making space electronics smaller, more compact and far more reliable.