The chip is expected to enable more efficient prediction of machine failures by processing and analyzing data gathered by sensors in real-time, paving the way for greater asset productivity and lower overall maintenance costs 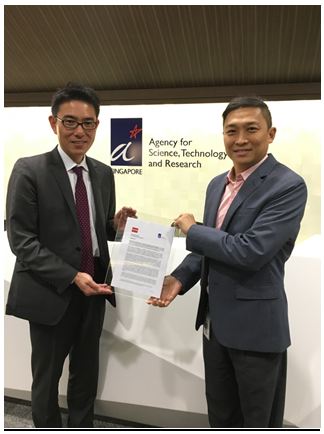 The concept of ‘Predictive Maintenance’ has become widespread in the manufacturing industry as manufacturers begin to digitalize their production lines for increased productivity and competitiveness. Predictive maintenance forecasts machine failures, and it involves monitoring the function and health of machines, and identifying potential problems based on data received through device logs and sensors, and eventually taking counter-measures such as repairing or replacing the affected machine.

In order for any machine abnormality to be detected throughout a production line, diverse amounts of data gathered from multiple sensors are first transmitted over a wireless network to a central computer server for processing and analysis. However, as the number of sensors increases in the future, the wireless communication technology for Wireless Sensor Networks (WSNs) would face bandwidth constraints, and be unable to expeditiously transmit the increasingly large sensor data to the computer server (Please refer to Figure 1 for illustration of wireless transmission of sensor data to computer server in Annex A).

Powered by the Internet of Things (IoT), AI is becoming a key enabler for predictive maintenance and performance improvement, because of its cognitive abilities such as learning, reasoning and problem-solving. ROHM and IME will develop an AI chip that is capable of processing and analyzing data as soon as they are received by a sensor node. This drastically reduces the amount of sensor data to be transmitted wirelessly to a central computer server for them to be further processed and analyzed.

Leveraging ROHM’s original AI analytical algorithms, and IME’s capabilities in ultra-low power analog/digital integrated circuit and systems, as well as analog computation circuits developed by both parties, the research collaboration will enable the developed chip to filter volumes of data across multiple sensors, and analyze complex data patterns in real-time. (Please refer to Figure 2 for overview of chip with artificial intelligence algorithms in Annex A).

This novel AI chip is expected to perform significantly faster than the conventional method for predictive maintenance, as well as reduce power consumption, paving the way for greater asset productivity and lower overall maintenance costs. ROHM has plans for the AI chip to be compatible with wireless technologies such as Wi-SUN, and EnOcean , and incorporate the chip to its proprietary sensor nodes and wireless modules.

“I’m exceptionally delighted that we have our first opportunity for cooperative research with A*STAR’s IME. Through the fusion of ROHM’s sensor technology, analog low-power technology and AI architecture with IME’s capabilities in low-power integrated circuit technology, we want to provide the optimum solutions for edge nodes”, commented Mr Koji Taniuchi, Fundamental Research and Development Division, General Manager at ROHM.

“Over the years, IME has built up strong expertise and capabilities in integrated circuits and systems, as well as research design and process technologies. The factories of tomorrow will demand highly intelligent solutions for greater integration of their operations in a seamless network across the value chain. Our joint research with ROHM in developing an artificial intelligence chip is an important step towards achieving greater efficiency in data transmission and analysis necessary for predictive maintenance in the era of smart manufacturing”, said Dr Tan Yong Tsong, Executive Director of IME.