Enkindle Your Appetite For The IoT

RIOT is a free open source operating system (OS) based on micro-kernel architecture. It is designed specifically for powering the Internet of Things (IoT). RIOT allows application programming and facilitates programming languages C and C++, provides full multi-threading and works in real-time. It implements all relevant open standards supporting an IoT that is connected, secure, durable and privacy-friendly. 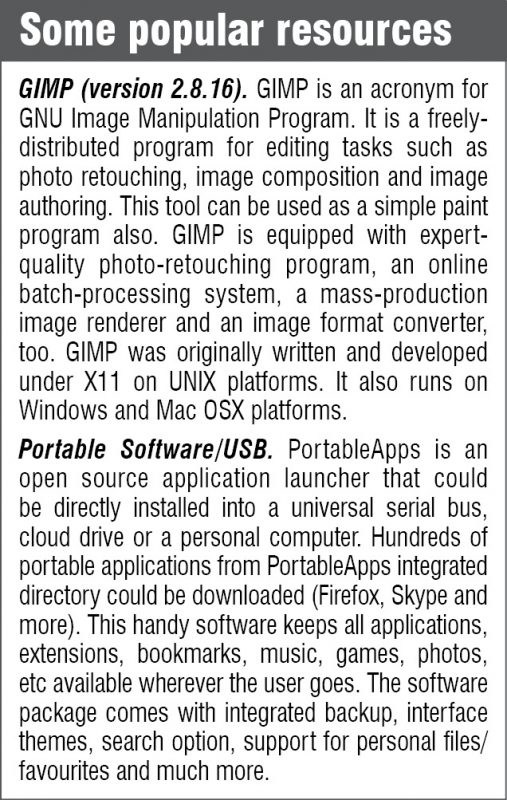 Contiki is a lightweight, low memory consuming OS designed for the IoT. It is excellent for IoT projects such as smart streetlighting, sound monitoring for smartcities, radiation monitoring and alarms. It can be used for networked, memory-constrained systems with a focus on low-power wireless IoT devices.

Contiki provides multi-tasking and a built-in Internet protocol suite (TCP/IP stack). What is more amazing is the amount of RAM it requires to run. About 10 kilobytes to 30 kilobytes of ROM can run the full system including graphical user interface that consumes about 30 kilobytes of RAM.

LTspice IV is a high-performance SPICE simulator, schematic capture and waveform viewer with enhancements and models for facilitating the simulation of switching regulators. It allows the user to view waveforms for most switching regulators in just a few minutes. Added to this version is LTspice IV, Macro Models of Linear Technology’s switching regulators, 200 op-amp models, resistors, transistors and MOSFET models.

LTpowerCAD II is a complete power supply design tool program that can significantly ease the tasks of power supply design with Linear Technology Module regulators. Unlike conventional simulation tools, LTpowerCAD can guide users throughout the whole supply design process. The tool searches suitable LTC parts according to the user’s supply specifications. The user gets specific guidance to select and optimise circuit component values with suggestions and warnings.

The tool shows real-time results of feedback loop-bode plot, as well as power stage performance. The design can be exported to LTspice simulation circuit where users can verify their designs. The tool also has PCB layout examples built within. It works on Microsoft Windows based PC with Excel 2000, 2003, 2007, 2010 and 2013. With Internet connectivity, users can make real-time updates of the program and its component library.

MyHDL is a Python package for using Python as a hardware description and verification language. This version of MyHDL has Experimental Python 3 support. Significance of this upgrade was to modernise the code. Python 2 and 3 are supported from a single codebase. MyHDL designs can be automatically converted to equivalent code in both Verilog and VHDL. Python could be used as a starting point, which is again an easier way to create a high-quality conversion tool.

EcavaIntegraXor or IGX is a pure Web SCADA that uses open and W3C-compliant technologies and can run across any modern browser. Use of HTML5 and CSS3 adapts to any smartphone or tablet for viewing. The built-in auto-generated QR code allows any component/gadget to view the mimic within no time. Online reporting helps increase productivity and decrease downtime. There is an alarm output that sends across SMSes and e-mails to the concerned region, which is incorporated into the online reporting module.

Shanosh Kumar is working as a technology journalist at EFY. He is currently pursuing MBA from Christ University, Bengaluru