IBASE Technology Inc. has released the MBB-1000 ATX motherboard that is powered by the 12th Gen Intel Core processors (formerly Alder Lake). MBB 1000 supports four 4K displays and features multiple I/O interfaces for connectivity. It offers various wireless connectivity options which include 5G/4G/LTE connectivity with a 5G-compatible M.2 B3052 socket and discrete WiFi 6E. The platform is suitable for an industrial platform with long-term reliability for graphics-intensive applications such as AIoT, digital signage, medical imaging, video surveillance and interactive kiosks. 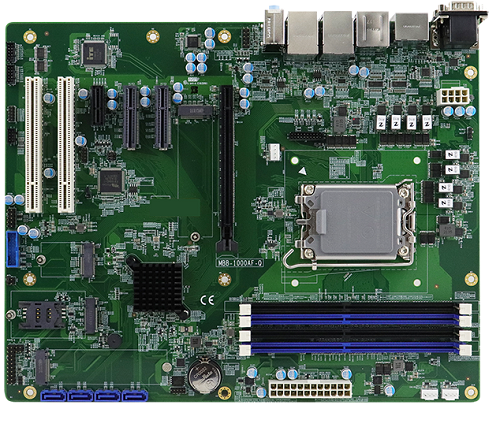 “Like all IBASE motherboards, MBB-1000 uses only long-term stable capacitors and durable components combined with stringent testing procedures to meet mission-critical computing needs of our customers,” said Wilson Lin, Director of IBASE Product Planning Division. “Delivering consistently high-quality products and services enable our business and those of our partners to prosper and grow throughout the years.”