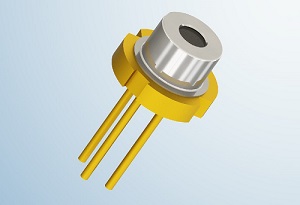 Recent years have witnessed increased adoption of LiDAR in a wide range of applications requiring automation for precisely measuring distance and spatial recognition. Therefore the performance of laser diodes needs to be improved when used as light sources to increase detection distance and accuracy while reducing power consumption.

Designed for use in large distance measurement and spatial recognition, the RLD90QZW3 achieves an unprecedented emission width of 225μm optical output, which is 22% narrower than conventional products, improving beam characteristics for suitable use in 3D ToF (Time of Flight) systems.

At the same time, uniform emission intensity together with low-temperature dependence of the laser wavelength ensures stable performance, contributing to higher accuracy and longer distance coverage in various LiDAR applications. Moreover, a power conversion efficiency (which is at a trade-off with narrow emission width) of 21% – the same as standard products (at a forward current of 24A and 75W output) – enables use without increased power consumption. 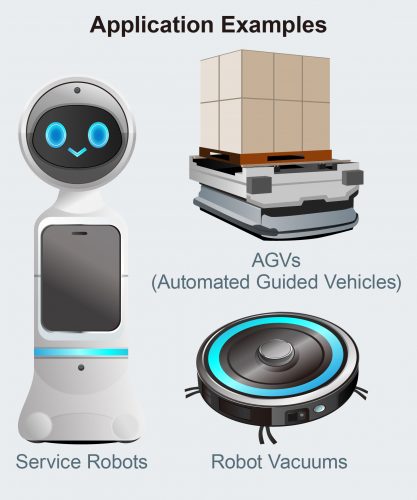 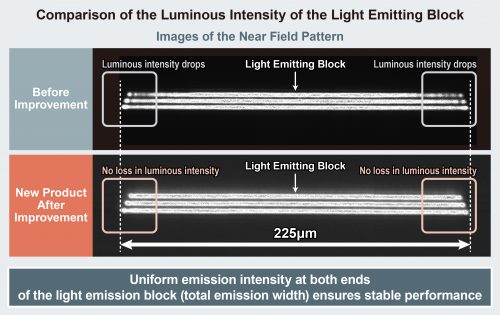 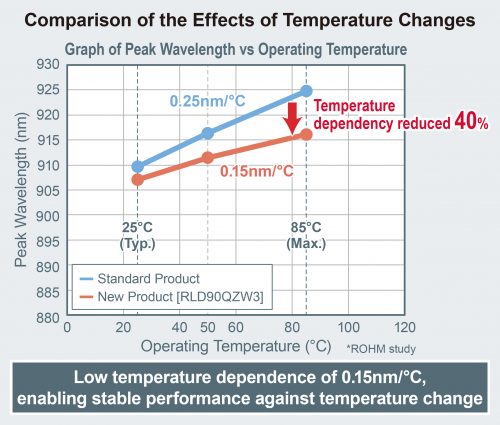 As a result, compared to standard products with emission width of 290μm and              temperature dependence of 0.25nm/°C with the same optical output power, the RLD90QZW3 reduces these to 22% and 40%, respectively, providing longer ranging
in LiDAR applications as well as higher accuracy at standard distances.

Now available in mass production, the RLD90QZW3 can be obtained from ROHM Semiconductor and authorised online distributors.