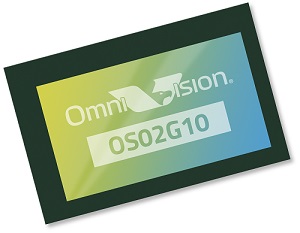 It offers best-in-class low-light capture via a 2.8-micron pixel built on the OmniPixel®3-HS architecture, featuring high quantum efficiency and an optimal signal-to-noise ratio. Compared to the company’s prior-generation mainstream security sensor, the current product has a 60 per cent better SNR1 and 40 per cent lower power consumption.

By implementing 12” wafers to produce this image sensor, the increasing demand for IoT security cameras, as well as low-end industrial and commercial surveillance cameras can be met at a steady rate.

“The OS02G10 builds on the success of our previous-generation OmniPixel®3-HS sensor, which has been widely adopted in the mainstream security markets,” said Cheney Zhang, senior marketing manager for the security segment at OmniVision. “With this new generation, we have significantly improved low-light performance while continuing to offer the market greater value in the popular 1/2.9” optical format.”

Samples of the new OS02G10 image sensor are available now in a compact chip-scale package.