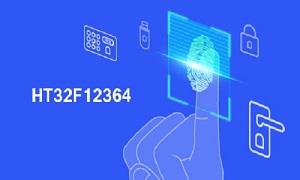 The device supports an operating speed of up to 72 MHz, an operating voltage range of 1.65V to 3.6V and has a temperature range of -40 degrees Celsius to 85 degrees Celsius. Additionally, the device provides an independent VDDIO pin, which allows connection to external components with voltages different to that of the MCU VDD.

Concerning features, the device has a Flash memory capacity of up to 256 KB and an SRAM memory capacity of up to 128 KB. The device also includes rich peripheral resources, such as multiple groups of timers, one USART, two sets of UARTs, I2C, SPI and USB interfaces as well as a USB bus and an EBI external bus interface. Other features include an 8-channel 1 Msps 12-bit SAR ADC, 6-channel PDMA, WDT, RTC, data check CRC16/32 and an AES-256 hardware encryption mechanism, as well as many others.

The device is supplied in 40-pin QFN and 48/64-pin LQFP package types, in which the available GPIO pins range from 32 to 52. The I/Os can be used to wake up the device from the low power modes. The flexible SPI frequency configurations together with the PDMA function can implement high-speed data transmission, which can be used for various capacitive fingerprint sensors. Also, the rich memory capacity combines to provide the resources for full-integration of fingerprint identification algorithm solutions.

The HT32 series is fully supported by multiple development environments including Keil, IAR, SEGGER as well as GNU. A full set of development resources, such as hardware development kits, peripheral driving firmware libraries, application examples and many others, are also provided. By using Holtek’s integrated In-System Programming (ISP) and In-Application Programming (IAP) technology solutions, firmware updates can be easily and rapidly implemented. As the HT32 series products have all passed UL/IEC 60730-1 Class B certification, safety test libraries can be provided, shortening the product certification time.