Sensor With The World’s Smallest Pixel

The ISOCELL HP3 is the latest addition to Samsung’s 200MP smartphone camera sensor lineup. The 200-megapixel sensor features the industry’s smallest pixels measuring only 0.5μm. The sensor packs 200 million pixels in a 1/1.4” optical format. The sensor is capable of HDR images with 14-bit RAW output and utilizes pixel binning techniques to capture images in ultra-low light conditions. All the pixels are equipped with AF capabilities which allow for sharper images. The sensor is capable of shooting 8K videos @ 30fps and 4K videos @ 120 fps. The smaller pixels have resulted in a 20% reduction in sensor size compared to its predecessor, thus making it desirable for high-end smartphones. 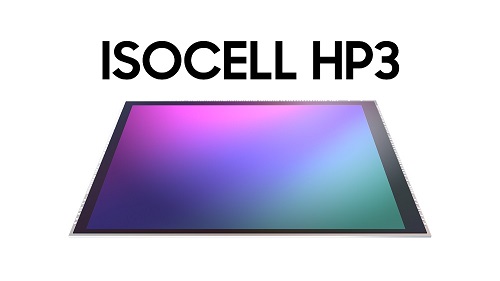 According to the company, the ISOCELL HP3 comes with a Super QPD auto-focusing solution, that enables all the pixels to autofocus individually, furthermore, Super QPD requires a single lens over four-adjacent pixels to detect the phase differences in both vertical and horizontal directions allowing the smartphone camera to focus on a subject faster. The Super QPD technology enhances the video capturing capabilities and allows users to take film-like cinematic footage with their smartphones.

The ISOCELL HP3 is capable of capturing images in an ultra-low light environment, thanks to the Tetra 2-pixel technology that combines four pixels into one. The new pixel has 16x area compared to the original pixel while the resolution drops from 200MP to 12MP. The technology allows the sensor to simulate a giant-sized pixel sensor for taking brighter and also more vibrant shots whether it is in dimmed environments just like-in doors or at night.

Samsung says that the mass production of the sensor will begin later this year, in the meantime samples of ISOCELL HP3 can be provided to interested smartphone manufacturers.