This Extension Module Will Add LTE connectivity to Sony SPRESENSE

Sony Semiconductor Solutions Corporation has added new LTE extension boards to its existing series of SPRESENSE line of board products that launched in July 2018. The new series of LTE extension boards includes CXD5602PWBLM1NA and CXD5602PWBLM1E which are equipped with smart sensing processors for IoT applications. This extension board adds LTE connectivity to the Spresense main board and carries an on-board antenna and a nanoSIM card holder. These models are compliant with NB-IoT*1 communication standards and LTE-M (LTE Cat-M1). These boards are equipped with multiple peripherals and offer a headphone terminal, microSD card slot, and interfaces such as GPIO, I2C, and UART. 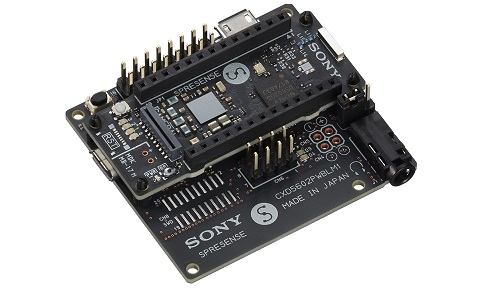 The rise in the IoT market has led to the high demand for low-power wide-area (LPWA) wireless communications. These solutions provide wide area coverage with low power consumption at a lower cost. To further reduce the power consumption, the board employs an energy-efficient ALT1250 chipset, it also supports LTE-M and NB-IoT communication standards. Integrating it with the existing SONY SPRESENSE main board allows importing of information from various sources such as different sensors or even images from cameras, which can then undergo edge AI recognition processing. The compressed data can then be transmitted via LTE-M or NB-IoT communication networks, enabling developers to create systems and applications that take advantage of these networks’ low cost, low power consumption, and wide-area coverage.

The LTE extension board also contains an indication LED which indicates the operating status of the LTE module. The LED can indicate modes such as “normal mode” and power-saving mode by either staying on or off. The operating state is automatically generated by the LTE module, so it may go back and forth between normal mode and power-saving mode in a short period of time. The new board comes in a small package measuring just 45.0 mm x 50.0 mm. The boards support 2 channels of analog microphone input along with four channels of digital microphone input. These boards are also equipped with interfaces such as GPIO, I2C, and UART along with a headphone terminal, and a microSD card slot.