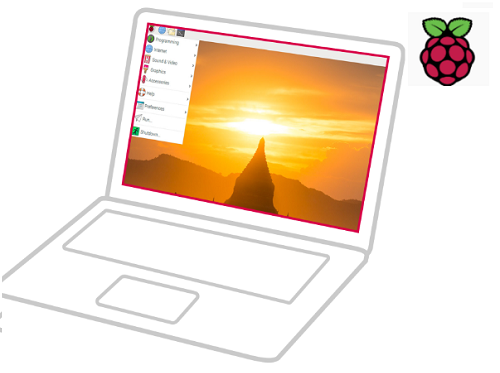 The new OS features a new searchable main menu, it is now searchable by text and provides instant results as you type. User needs to click on the Raspberry key/ Windows key (on a non-Raspberry Pi keyboard), and type the name of the application they want to launch. There is also new audio control, unlike the previous version where a single icon was used for controlling both the input and output, the new version has two separate icons, one for output and one for input.

The newer version now comes with the Picamera2 Python camera interface. This interface is easier to use and has additional functionality. The company has also added many keyboard shortcuts to access different functionality such as hitting Ctrl-Alt-B open the Bluetooth menu, and Ctrl-Alt-W to open the Wi-Fi menu.

The biggest addition to this release is the NetworkManager which adds a bunch of extra features. With the onset of IoT, connectivity is the most important feature of any microcontroller, and to address that the company has added the network manager. It allows you to easily connect to wireless networks with hidden SSIDs and also makes managing VPN connections more straightforward.