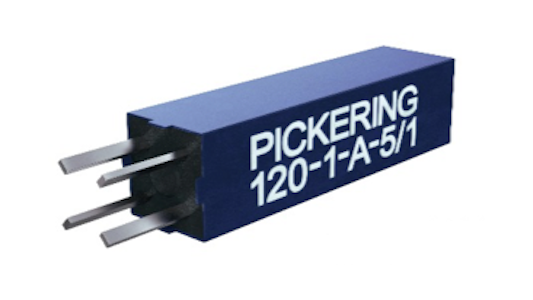 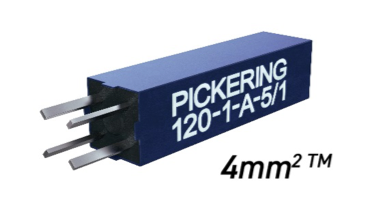 Pickering’s new Series 120 4mm2 TM reed relay range (Figure 1) has attracted a lot of interest since being released in 2017 at Semicon West in San Francisco. The relays require a board area of only 4mm x 4mm, making it the highest packing density currently available, taking up the smallest board area ever.

These are the same reed switches as used in many other long-established Pickering Electronics ranges but are orientated vertically within the package, allowing this very high density. The small size of the package does not allow an internal diode. Back EMF suppression diodes are included in many relay drivers but if they are not, and depending on your drive methods, these may have to be provided externally.

The relays feature an internal mu-metal magnetic screen. Mu-metal has the advantage of a high permeability and low magnetic remanence and eliminates problems that would otherwise occur due to magnetic interaction. Relays of this small size without magnetic screening would be totally unsuitable for applications where dense packing is required.