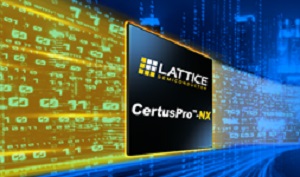 The Lattice CertusPro-NX general-purpose FPGA family by Lattice Semiconductor is based on the Lattice Nexus platform to be launched in just 18 months. With advanced performance capabilities and the highest logic density currently available on a Nexus-based device, CertusPro-NX FPGAs are designed to accelerate application development for the Communications, Compute, Industrial, Automotive and Consumer markets.

“The performance and differentiated features we’ve designed into CertusPro-NX deliver capabilities were previously unavailable in low power FPGAs to support the next generation of Edge applications that OEMs are eager to provide to customers,” said Gordon Hands, Senior Director of Product Marketing, Lattice Semiconductor.

Key features of the Lattice CertusPro-NX FPGA family include:

CertusPro-NX is compatible with the latest version of the Lattice Radiant design software. Lattice has already shipped CertusPro-NX samples to select customers.