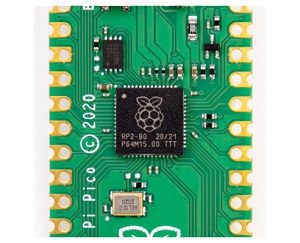 element14 has announced the availability of the 2040 chip built on Raspberry Pi-designed silicon. This new chip, which is at the core of the Raspberry Pi Pico delivers a combination of high performance, low cost and ease of use.

Professional design engineers who are already comfortable working with Raspberry Pi will easily adopt the Raspberry Pi Pico and appreciate its ease of use and affordability.

“We are delighted that Raspberry Pi has chosen to make this chip available as a standalone component. The Raspberry Pi Pico, which has the RP2040 at its core, has been hugely popular with customers and is showing potential to transform the microcontroller market in the same way that the original Raspberry Pi board did for single-board computing,” said Lee Turner, Global Head of Semiconductors and SBC at element14. “Customers can now use the Raspberry Pi Pico within their design phase and shift to the RP2040 in production, giving ultimate flexibility and opportunity for design engineers.”

The Raspberry Pi 2040 is available from Farnell in EMEA, Newark in North America and element14 in the Asia Pacific.