R&S®vPACE combines traditional DPI techniques such as statistical/heuristical and behavioural analyses with metadata extraction and encrypted traffic intelligence (ETI) to accurately and reliably identify and classify protocols, applications, and services. Advanced ETI techniques include machine learning, deep learning, and high-dimensional data analysis. They enable traffic inspection in the cloud to be extended to encrypted traffic, including using protocols and techniques such as TLS 1.3, TLS 1.3 0-RTT, ESNI, ECH, DoT and DoH. R&S®vPACE can also handle traffic that is obfuscated and anonymized, for example traffic that is delivered via CDNs and VPNs, and traffic that is masked by randomization and domain fronting. 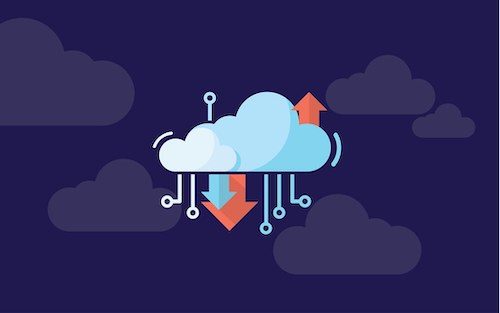 Built on the capabilities and comprehensive features of R&S®PACE2, the renowned scalar packet processing (SPP)-based DPI engine by ipoque, R&S®vPACE features a comprehensive, frequently updated signature library and well-defined APIs for seamless integration. It also provides support for first packet classification using smart caching techniques. With VPP at its core, R&S®vPACE pushes DPI processing speeds to the next level with an improved average clocks-per-packet ratio which leads to a speedup of up to 3 times. It also boasts a memory footprint of less than 400 bytes per 5-tuple connection and 700 bytes per network endpoint. Additionally, it enables thread-safe endpoint access across multiple worker cores.

“The shift towards the cloud calls for packet processing technologies capable of delivering the speeds, latency and cost efficiency necessary to support growing traffic volumes and the breadth of applications hosted and delivered from the cloud. The adoption of VPP, which involves vector-based batch processing using a locally-stored vertex memory cache, significantly reduces CPU and energy consumption, allowing our DPI technology to deliver unrivalled performance and scalability in cloud and virtualized environments,” said Dr. Martin Mieth, VP Engineering at ipoque.

R&S®vPACE equips network functions ranging from policy control and traffic management to analytics functions with application awareness. This allows for granular traffic rules and policies to be applied not only to applications types, but also to different services such as messaging, chat and video. It also provides cloud security tools such as firewalls, IDS/IPS and UTM with timely insights on suspicious and anomalous traffic patterns for an effective detection of cyberthreats and fraud.

VNF/CNF vendors deploying R&S®vPACE benefit from ipoque’s extensive experience and expertise in implementing DPI for various network types. By licensing the OEM DPI engine R&S®vPACE, vendors can significantly improve their time-to-market, realize major capex/opex savings, and future proof their traffic detection capabilities. They are also able to capitalize on the continuous advancements pioneered by ipoque in the DPI market while taking advantage of the superior support and service that is adapted to the customers’ exact needs.