AT THE CENTRE OF NUCLEAR ENERGY

A career in nuclear energy offers challenging projects, excellent pay and growth potential. So if you are good in mathematics and physics with strong problem-solving skills, why not plan a career in nuclear engineering -- MONIKA BHATI WITH INPUTS FROM JALAJA RAMANUNNI

With the signing of the Indo-US nuclear agreement and universities introducing courses in the field of nuclear science and technology, nuclear engineering has emerged as an important discipline in India. The nuclear power industry is likely to reach $18 billion by 2013. This industry is literally bursting with ‘energy’ and now offers a career option with rising potential. The job is not easy though, as nuclear facilities are technologically complex and require a highly trained and motivated workforce. But success brings opportunities for advancement.

“Because of economical reasons, there is a high probability that many vital equipment and components needed by the nuclear industry will be manufactured and made in India. India may become a hub of manufacturing of equipment and components needed by the nuclear industry worldwide. This, in turn, will have a multiplier effect on the demand of nuclear engineers. Nuclear engineers will be in demand not only in India but also internationally, due to renaissance of nuclear power (owing to it being with practically no carbon-dioxide emission—the gas predominantly responsible for global warming),” he adds.

Although there is a demand for people trained in nuclear energy, the industry has not grown explicitly because private players have no hand in power plants in India yet. All the nuclear energy research institutes and power plants come under the administrative control of the government of India. [stextbox id=”info”] 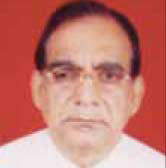 “India plans to import nuclear power plants from abroad producing power worth 40,000 GWe. This will generate a large number of jobs not only in India but also in advanced countries.”

However, many more nuclear reactors will be built in India in the next few years, which will boost the job prospects. “Today, only 8000 megawatts of power is being generated but the government plans restoration of at least 25,000 megawatts of power by 2020 and 62,000 megawatts by 2032. Many more nuclear power plants are coming up and this will require much more manpower. It will definitely take time but, in a few years, there will be a huge demand for them. At present, reactors are inefficient and trained manpower is working towards increasing efficiency,” adds Dr H.C. Goel, director, Amity Institute of Nuclear Science and Technology (AINST), Noida.

Opportunities in the US

Then if you factor in the expansion plans in the United States, and the even more accelerated pace of construction internationally, the bright outlook for students becomes even more apparent. The U.S. Nuclear Regulatory Commission is actively reviewing 13 applications for 22 new reactors that may be built in the United States over the next 10-20 years.

“Typically, a nuclear power plant employs 400-700 people at facilities that will operate for decades. During construction—a four- to five-year undertaking—approximately 1400-1800 people (with a peak workforce of up to 2800) are needed in jobs that include skilled trades like sheet metal workers, electricians and heavy equipment operators. Worldwide, over 140 new nuclear plant projects are in the licencing and advanced planning stage, with over 60 currently under construction. The opportunities are enormous,” quips Carol Berrigan, senior director-industry infrastructure and supply chain at the US-based Nuclear Energy Institute (NEI). The NEI is the policy organisation of the nuclear energy and technologies industry and participates in both the national and global policy-making process.

It is hard to get excited about a field that you know little about. So let’s delve a little deeper to know the work of a nuclear engineer.