A miniature circuit breaker (MCB) automatically switches off electrical circuit during an abnormal condition of the network means in overload condition as well as faulty condition.

Nowadays we use an MCB in low voltage electrical network instead of a fuse. The fuse may not sense it but the miniature circuit breaker does it in a more reliable way. MCB is much more sensitive to overcurrent than fuse.

Handling an MCB is electrically safer than a fuse. Quick restoration of supply is possible in case of a fuse as because fuses must be re-wirable or replaced for restoring the supply. Restoration is easily possible by just switching it ON. Let’s look at the working of the miniature circuit breaker.

The working principle of MCB

Whenever continuous overcurrent flows through MCB, the bimetallic strip is heated and deflects by bending. This deflection of bimetallic strip releases a mechanical latch. As this mechanical latch is attached with the operating mechanism, it causes to open the miniature circuit breaker contacts, and the MCB turns off thereby stopping the current to flow in the circuit. To restart the flow of current the MCB must be manually turned ON. This mechanism protects from the faults arising due to overcurrent or overload.

But during short circuit condition, the current rises suddenly, causing electromechanical displacement of plunger associated with a tripping coil or solenoid. The plunger strikes the trip lever causing immediate release of latch mechanism consequently open the circuit breaker contacts. This was a simple explanation of a miniature circuit breaker working principle.

If the circuit is overloaded for a long time, the bi-metallic strip becomes overheated and deformed. This deformation of Bi-metallic strip causes, displacement of latch point. The moving contact of the MCB is arranged by means of spring pressure, with this latch point, that a little displacement of latch causes, release of spring and makes the moving contact to move for opening the MCB.

The current coil or trip coil is placed so that during short circuit fault the magneto-motive force (mmf) of the coil causes its plunger to hit the same latch point and make the latch to be displaced. Again, when operating lever of the miniature circuit breaker is operated by hand, that means when MCB goes off position manually, the same latch point is displaced as a result moving contact separated from fixed contact in the same manner.

It may be due to deformation of a bi-metallic strip, or increased mmf of a trip coil or maybe a manual operation, the same latch point is displaced and same deformed spring is released, which ultimately responsible for movement of the moving contact. When the moving contact separated from fixed contact, there may be a high chance of arc. This arc then goes up through the arc runner and enters arc splitters and is finally quenched. When we switch it on, we reset the displaced operating latch to its previous on position and the MCB is ready for another switch off or trip operation. 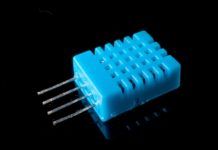 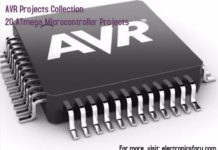 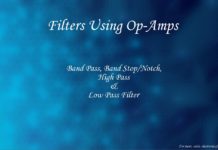