The symbol of photodiode looks something like a diode but having an incident light falling on it as you can see in the pic below.

How does Photodiode work?

The photodiode has a P and N junction and is connected in reverse bias that results in a very wide depletion region at the PN Junction. In P-type the majority carriers are holes and n-type majority carriers are electrons. When we connect the photodiode in reverse bias and if there is no illumination or light on photodiode in that condition we get a very small amount of current in microampere we called that current as dark current.

When a photon having energy greater than the bandgap energy strikes on diode covalent bond breaks and new electrons and hole pairs are generated. This makes a couple of electrons and holes called inner photoelectric effect and the holes move towards the anode and electrons move toward cathode this results in photocurrent. The total current through the diode is the sum of dark current and photocurrent. To maximize the sensitivity of photodiode we need to minimize the dark current

The photodiodes can work in the following modes:

In the photovoltaic mode, the diode is not connected to power source we do not bias the diode. You can say there is no biased source. When the light falls in such condition on the photodiode, it excites the electrons to higher energy state and results in electrons to move towards cathode terminal and holes towards anode terminal. This process creates a potential difference between two terminals.

In photoconductive mode, the diode is connected to the power source and we reverse biased the diode. When the light falls on the photodiode creates a pair of electrons and holes and moves towards the opposite direction due to biased voltage.

There is a wide range of use of photodiodes and found in most of the devices: 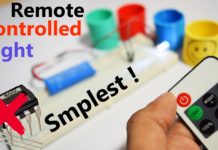 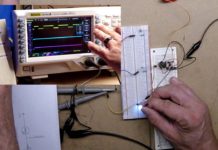 Photodiode Vs. Phototransistor Vs. Photoresistor